In the period 2012-2016, the net foreign migration rate rose from virtually zero to nearly 10 thousand. In 2016, altogether 30 thousand foreigners settled in Amsterdam. The largest group were Indian citizens, followed by people from the United States and the United Kingdom. All other countries in the top ten are western European. The number of Indian migrants has seen the sharpest rise, closely followed by Italians, British and Germans. The net migration rate has increased on account of immigration; emigration remained virtually the same. The new Amsterdam residents are mainly people in their twenties and thirties.

Many new Amsterdam residents are young: 46 thousand of them are in the age bracket 17 to 26 years and take up studies or a job in Amsterdam. Their number decreased in 2016 relative to previous years; by contrast, slightly more 22 to 26-year-olds moved to the capital in 2016 relative to 2012. These include many young couples, who relocate to the city in greater numbers than in previous years.

More and more young families are leaving Amsterdam. On balance, in 2012/’13 only 2.5 thousand people aged 27 to 39 moved out of the city, versus as many as 9 thousand in 2015/’16. They accompanied an equally large group of children.

Amsterdam residents leaving the city mainly relocated to nearby municipalities, e.g. Amstelveen, Almere and Zaanstad. Around 19 thousand people moved further away, to Utrecht, The Hague or Rotterdam, for example. Most new Amsterdam residents came from Utrecht and Amstelveen (11 thousand each in the period 2012-2016). When looking at the balance of settlement and departure, most people moving to Amsterdam are from the municipality of Utrecht (on balance, 3.9 thousand) and from the municipality of Groningen (on balance, 3.1 thousand).

Relocations by 27 to 39-year-olds are a slightly different story. On balance, Amsterdam drew people in this age bracket from more distant municipalities such as Utrecht, Groningen, Rotterdam and the Noordoostpolder. Those leaving the city opted for surrounding municipalities such as Amstelveen, Haarlem, Zaanstad, Gooise Meren and Almere. 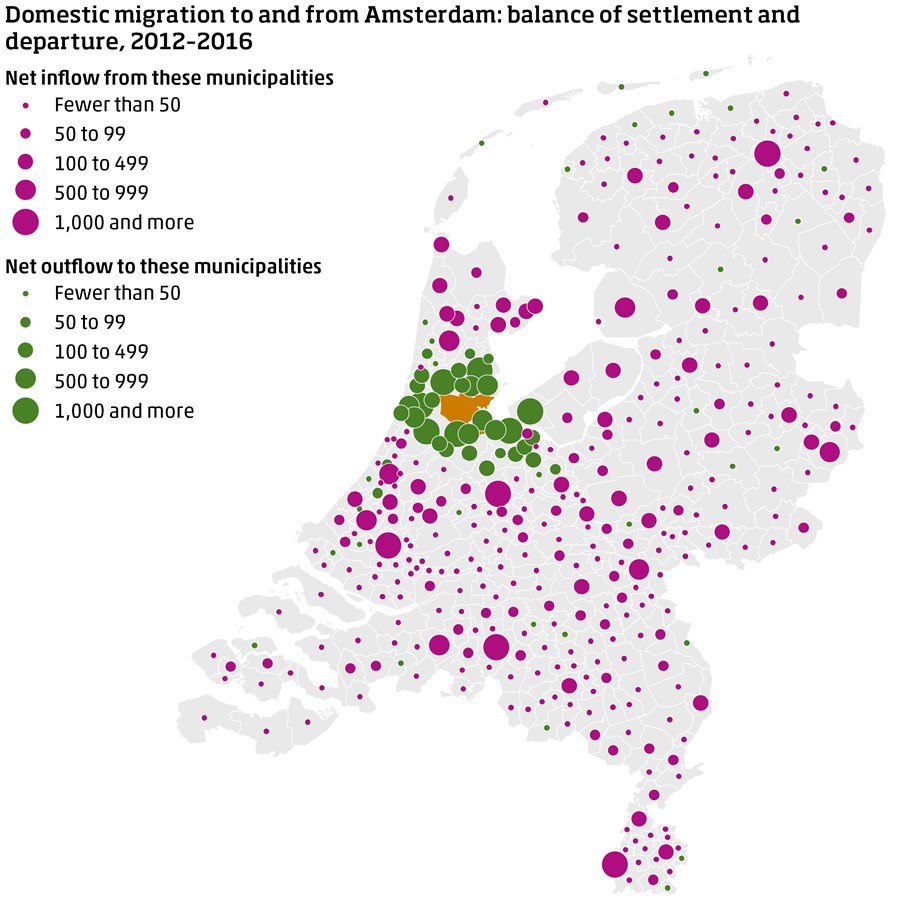 The Netherlands in numbers 2021

Mortality further down in week 1

Exports nearly 9 percent up in November