Immigration from countries suffering unrest, such as Syria, declined compared to the first three quarters of last year. The large numbers of migrants entering the Netherlands since the end of 2015 are no longer reached. However, there are still close to one thousand more people from Syria per month on balance; they represent the largest group of migrants.

Meanwhile, the Netherlands has 88 thousand inhabitants with a Syrian background, i.e. 0.5 percent of the population. Most of them (71 thousand) immigrated recently and registered with a Dutch municipality between 2014 and 1 October 2017. Amsterdam has the largest Syrian population: 2,536. There are 2,463 Syrians in Rotterdam and 1,533 in The Hague.

In comparison with the number of inhabitants, municipalities with a reception centre are at the top of the list. Asylum migrants registered here are often awaiting housing at a different location. For example, 2.3 percent of the inhabitants of Noordenveld are Syrians. This share is 1.5 percent in Cranendonck, which also has a central reception centre for asylum seekers. Among municipalities with more than 100 thousand inhabitants, Arnhem and Enschede have relatively the highest number of recently settled Syrians, while Leeuwarden has the fewest. 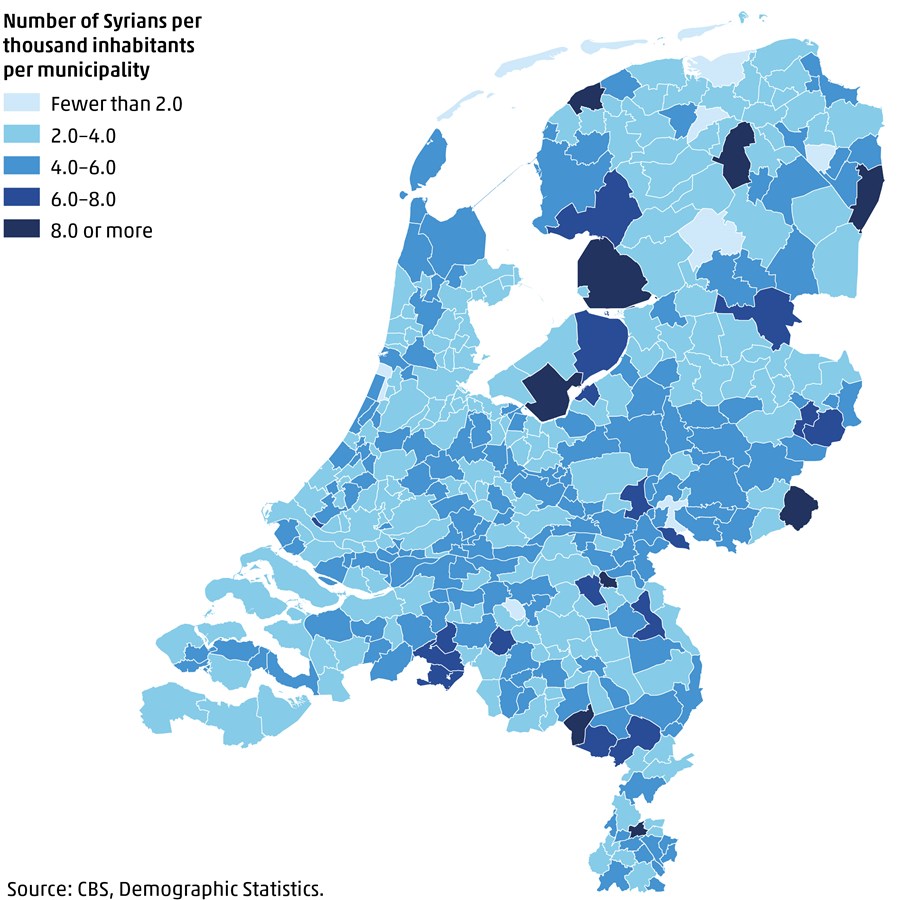 More immigrants from other European countries

By contrast, the number of immigrants from other countries increased. These are mainly people born in a European country or in the Americas. On balance, there were more people from the former Soviet Union, such as Latvia and Lithuania, but also more people from Turkey, for example. Negative net migration - more emigration than immigration - of people born in the Netherlands went down. The number of Polish migrants is still high, but has not increased either.

The number of births has been relatively low in recent years. This year, too, has seen few births, even though the number of women of child-bearing age is on the rise again. There were mainly fewer women around the age of 30 having a child, compared to the first three quarters of 2016.

Due to the high level of migration, natural growth accounts for an increasingly smaller portion of population growth. In 2017, the share of natural growth was below one-fifth of that in the period January - September, versus as much as two-thirds during the first three quarters of 2008.

Circularity of the Dutch economy has barely increased