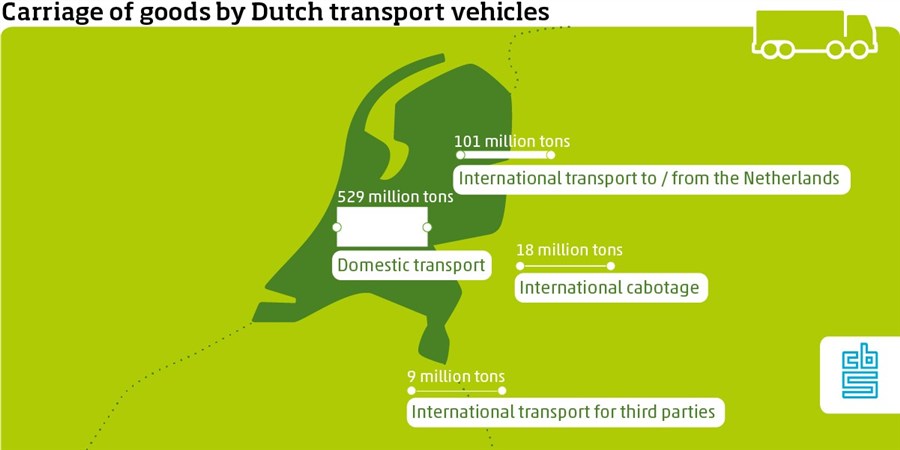 Half of goods transported by road within the Netherlands are agricultural products and livestock, food products and construction goods. In 2016, transport of agricultural and food products was up 5 percent year-on-year.
For the third year in a row, domestic road transport of construction goods (sand, gravel, earth and building materials) increased by over 1 percent to 112 million tons after a decrease of one-quarter over the period 2009-2013.

Total weight of goods carried in the Netherlands by Dutch hauliers

Road transport to and from other countries declined slightly (1 percent) in 2016. Cross-border goods transport by road has shown a downward trend for some time now. In 2016, the volume of goods carried across the border by Dutch hauliers fell by almost one-quarter compared to 2006.
Foreign transporters, on the other hand, have carried more goods to and from the Netherlands in recent years, leading to a 16 percent increase between 2006 and 2015. Transport by hauliers from central and east Europe in particular rose sharply.

Data of foreign transport operators over 2016 will be available in Q3 2017.