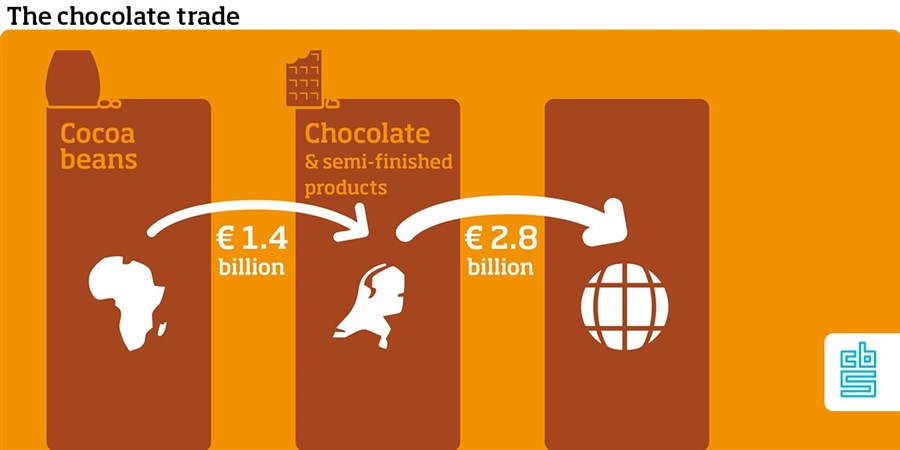 The Netherlands is the second largest exporter of chocolate after Germany, and he number one exporter of semi-finished chocolate products.

Most beans imported into the Netherlands are processed into chocolate and semi-manufactured products like cocoa paste, cocoa butter and cocoa powder. Many of these products are exported to our neighbouring countries.

Last year, 750 million euros worth of chocolate produced in the Netherlands was exported; three-quarters went to European countries. With a share of 19 percent, Asia is another major export destination.