In the trade sector, turnover and employment of foreign-owned companies saw an overall increase in the period 2010-2013, with those in retail trade leading the way.Turnover and employment in this sector surged by 25 and 40 percent respectively in this period, far more than in the sector as a whole, which recorded 0.3 and 0.9 percent respectively. In the telecom sector and at architectural and engineering firms as well, foreign companies grew faster than average.

Companies in legal and administrative services meanwhile showed signs of an opposite trend: growth of the entire industry was faster than at companies under foreign ownership. A similar development was seen in other industries including the transportation and storage sector.

Over one-third in foreign hands 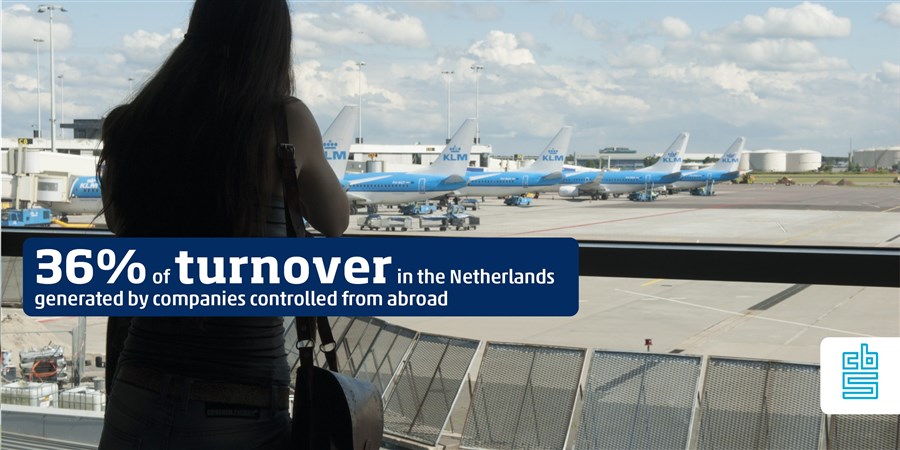 Turnover is at lower levels for foreign companies in a number of other large sectors. In the transportation sector, for example, it was 28.5 billion euros or less than 38 percent of turnover in the entire transportation sector. In the business services sector, foreign-controlled companies recorded 28.5 billion euros, i.e. 21.4 percent of total sector turnover. In retail trade, with very strong increases in previous years, turnover was 21 billion euros, equivalent to 21.0 percent of total retail turnover in the Netherlands. This was followed at some distance by the construction sector, where foreign companies nevertheless achieved 5 billion euros in turnover, a 6.5 percent share of the total.

In smaller sectors such as travel and energy supply at least half of the total turnover is achieved by foreign-controlled companies.

In percentage terms, no sector has a higher share of turnover claimed by foreign companies than the aviation sector. In this sector, foreign companies achieved 96 percent of total sector turnover and employment in the Netherlands. This translates into 24 thousand employees and over 10.5 billion euros in turnover in the year 2013. In real estate and rentals, foreign ownership is much less significant with shares in sector turnover of 1.3 percent and in employment of 2.5 percent.

Data alliance between CBS and National Rapporteur on Trafficking

Dutch government policy from the perspective of the SDGs

Youth and the labour market