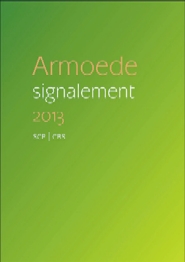 This is the fourth annual report of the Poverty Survey, in which Statistics Netherlands (CBS) and the Social and Cultural Planning Office (SCP) present the most recent data regarding poverty in the Netherlands. The main conclusion is that - just like in 2011 - poverty has become more widespread in the Netherlands in 2012. The most substantial increase occurred among social security recipients and households with a non-western background. Estimates signal a further increase in 2013.

The Poverty Survey is available only in Dutch, but an English summary is included.