Below are excerpts from each of these themes in Trends in the Netherlands 2018.

In academic year 2017/’18, there were nearly 956 thousand secondary students (excluding practical education and special education schools at secondary level). In Year 3 of secondary education, 47.5 percent of the student population were in senior general (HAVO) or pre-university (VWO) education. Especially in the Randstad conurbation and in/around the university cities, there are higher than average shares of students at HAVO/VWO level. In Bloemendaal, Heemstede and Oegstgeest, over 80 percent of secondary students are in HAVO or VWO. The share of HAVO/VWO students is below 35 percent in some northern municipalities.

The number of specialty food stores hardly changed between 2008 and 2017. However, there were significant changes per sector. For example, there was a 31 percent increase in the number of fish shops during this period. The number of cheese shops increased by 20 percent and the number of health food shops by 18 percent. Many greengrocers (29 percent), butchers (16 percent) and poulterers (8 percent) disappeared from the high street. There were also fewer off-licences (6 percent) and tobacconists (8 percent). 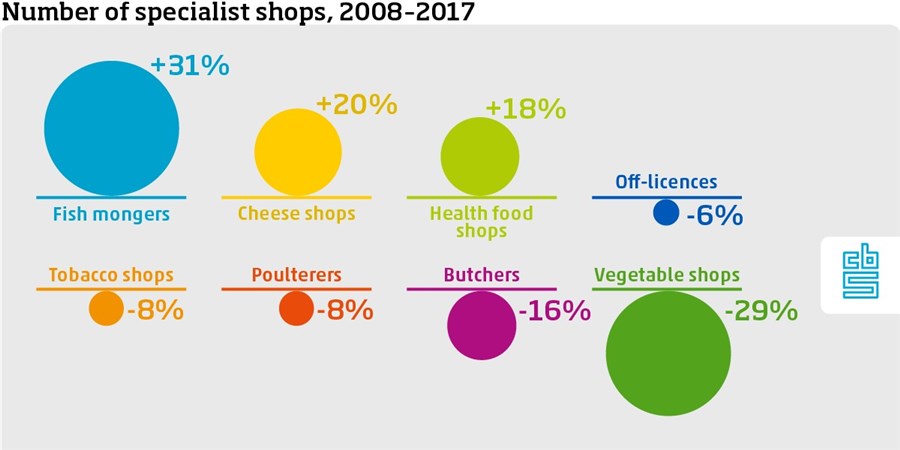