Consumers’ willingness to buy has decreased slightly in February as well. This component indicator of consumer confidence stands at + 10, down from + 11 in January. Consumers are slightly less positive about their personal financial situation, but are equally positive about buying expensive, durable items. 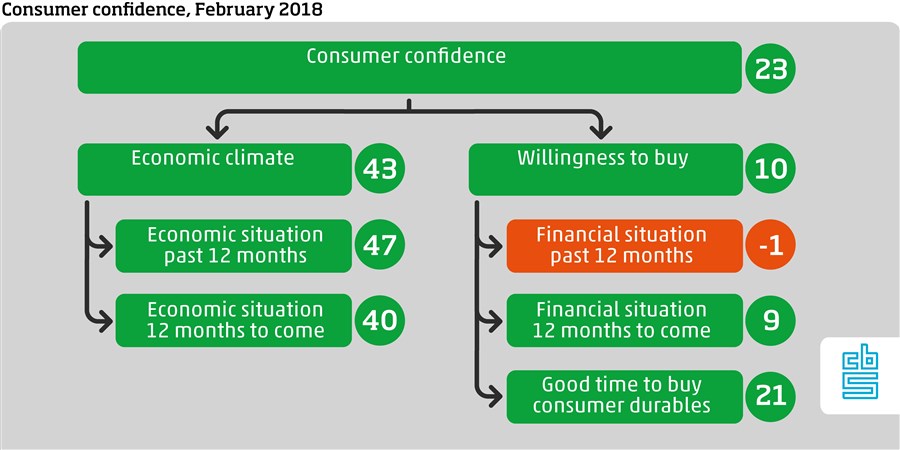