Consumers’ willingness to buy increases slightly in December. This component indicator of consumer confidence stands at +12, up from +10 in November. Consumers are slightly more positive about their personal financial situation as well as about buying expensive, durable items.

Expectations about future unemployment are improving considerably. Over 61 percent of respondents expect unemployment to decline in the coming 12 months, whereas nearly 11 percent anticipate an increase. The balance of positive and negative answers is +50. This is the highest measured balance so far.

Today Statistics Netherlands (CBS) also publishes new labour force figures. According to the definition of the International Labour Organisation (ILO), the number of unemployed fell below 400 thousand in November for the first time after August 2009. 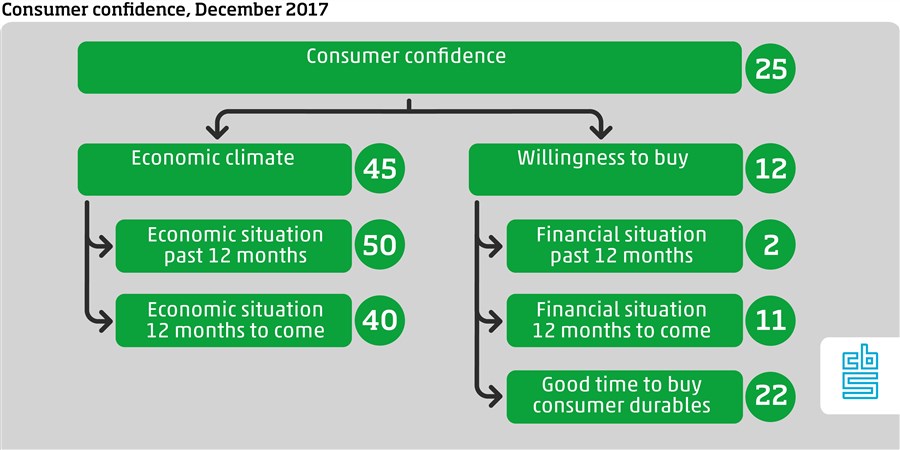