Consumers much more optimistic about the economic climate

Consumers’ willingness to buy is also improving in September, compared to the preceding month. This component indicator of consumer confidence currently stands at + 2, versus - 2 in August. This is because consumers are less negative about their personal financial situation and because they think it is a better time to buy expensive, durable items. 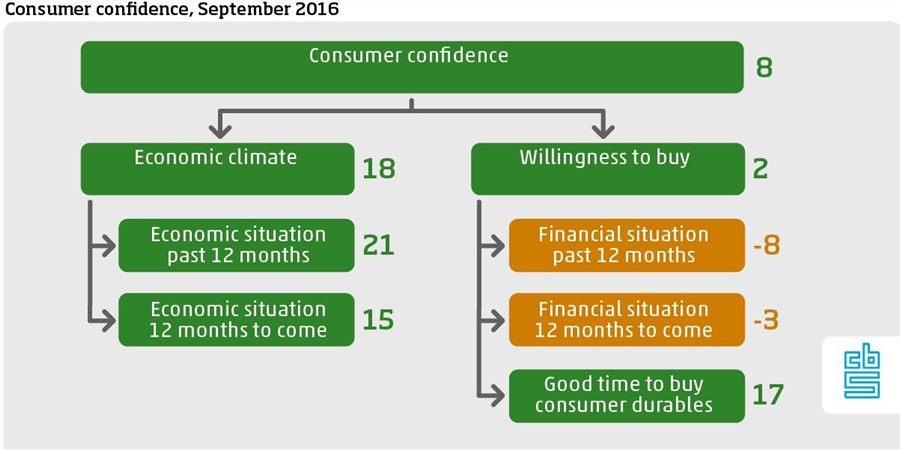