Output generated by the sector food was 6.5 percent up in July from July 2015. Output growth in the chemical industry, the pharmaceutical industry, the rubber and plastic products industry and the transport equipment sector was also above average. Production realised in the machinery and the electrical equipment industry, on the other hand, declined relative to July 2015.

Altogether, the industries referred to in the above graph account for approximately 70 percent of total manufacturing output.

Adjusted for seasonal variation, manufacturing output shows an irregular pattern with many ups and downs, but since mid-2014, the overall trend has been upward.

By the end of last month, CBS reported that producer confidence was much lower in August. The producer confidence indicator stood at 1.2 in August, down from 5.1 in July, i.e. the most substantial decline in 5 years. However, optimism prevailed among Dutch manufacturers and their confidence is still above its long-term average over the past two decades (0.5).

The numbers in this publication are provisional and can be adjusted.

Trends in the Caribbean Netherlands 2021. 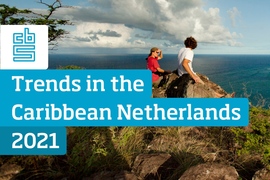 221 thousand children at risk of poverty, lowest number in 25 years