Compared to other EU countries, natural population growth (defined as live births minus deaths) has been a more relevant factor for the population increase in the Netherlands in the period 2000-2014, accounting for 72 percent. Migration was a relatively small factor during this period but became more important in the following period. Altogether, the population in the Netherlands grew by 6.5 percent.
More than one-fifth of the collective population increase across the 28 EU countries was caused by natural growth and nearly four-fifth was due to migration. Migrant children have been included in live births.
Although the number of children born to Dutch women is declining, the birth rate is still high relative to other EU countries. Furthermore, emigrants outnumbered immigrants in the period 2003-2006.

Population contraction in Germany due to migration


Many EU member states in Eastern Europe saw their populations decline between 2000 and 2015, in particular in the Baltic states and in Romania and Bulgaria. In these countries deaths outnumbered births and net migration was negative. Although the population grew most rapidly in Ireland, Luxembourg and Cyprus (by more than 20 percent), the contribution of these small countries to population growth in the EU as a whole was fairly insignificant. Spain’s population also increased relatively fast, by 16 percent. 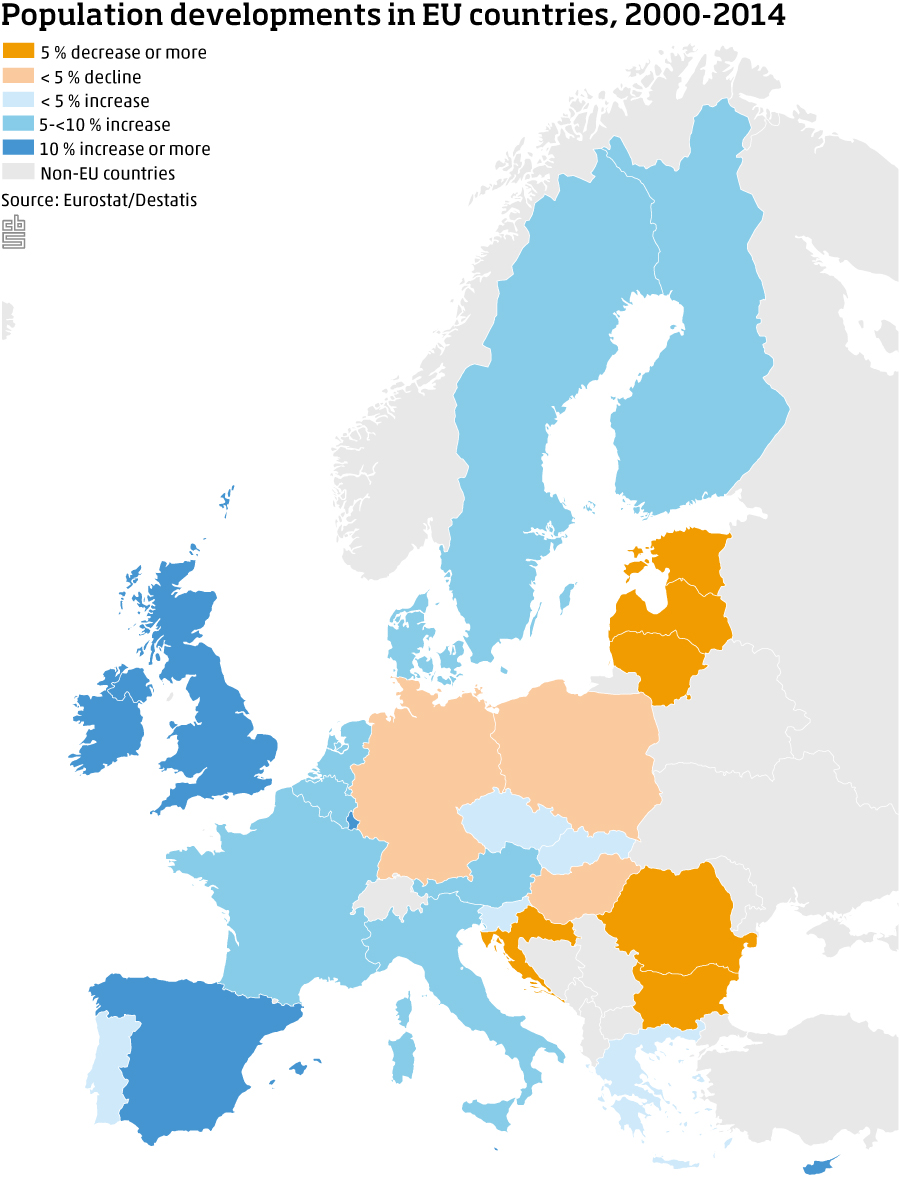 Recent population growth in the Netherlands due to migration


In recent years, the effect of migration on population growth in the Netherlands has increased again. The number of births has fallen, the immigration of asylum seekers and labour migrants has increased and emigration remained stable. Last year, for example, natural population growth (live births minus deaths) was very low, but at the same time net migration was high. As a result, net migration in 2015 was higher than live births minus deaths.