This table presents information on turnover and volume developments in the sector Retail Trade (Section F according to the Standard Industrial Classification 2008 (SIC 2008)). Developments are presented as percentage changes compared to a previous period and by means of indices (base year 2015). Developments in turnover and volume are published in two formats. Firstly, in the form of year-on-year changes relative to the same period in the preceding year. These figures are shown both unadjusted and adjusted for trading days. The second format pertains to period-on-period changes, for example month-on-month. Period-on-period changes are calculated by applying seasonal adjustment.

Status of the figures:
Figures on 2020 are provisional, the preceding periods are definite.
The figures of a calendar year will become definite no later than five months after the end of that calendar year. Until then, the figures in this table will be “provisional” and can still be adjusted as a result of delayed response. 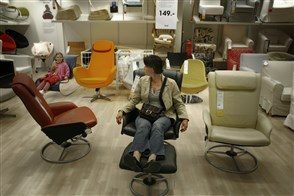