This table presents the water accounts, being part of the environmental accounts compiled by Statistics Netherlands annually. This Water Accounting table includes the (physical) water use by the Dutch economy. A distinction is made between the use of tap water, use and abstraction (withdrawal) of groundwater and of surface water. The water used is allocated to the industries and households. Alternatively, tables selections can be made that show break down by economic activity (including households), by water type and annual use. Values are shown in million cubic meters (mln m3).

With tap water a distinction is made between tap water of drinking water quality and industrial water. Industrial water is tap water with a less quality than drinking water, or sometimes with a better quality, like demineralized water. This industrial water is mainly used by the industry and electricity producers. Groundwater is divided into groundwater for cooling and for other use. Besides, a distinction is made between fresh surface water and seawater. The data are derived from a diverse set of sources, more about those sources can be found in chapter 4.

Data in the environmental accounts directly correspond to the economic data in the national accounts, that allows assessment of the impact of the economic activities of the Netherlands for the use of water taken from the natural environment in quantitative terms. From the water accounts bills, environmental indicators can be derived. As an example the water use intensity for the different types can be determined for the Netherlands as a whole or for the break down by industry.

Status of the figures:
The data for the respective years in the full time series in this table are final and the last three years are provisional. The entire time series from 2003 onwards, if necessary, is to be adjusted annually to reflect the updated source information.

Changes as of June 18, 2021:
For the whole time series, 2003-2019, surface water use is now divided in fresh and non-fresh (seawater) surface water use. Besides, the use of industrial water is added to the time series from the annual environmental reports (AER). Furthermore, the display of the Standard Industrial Classification (SIC) codes has changed. Some aggregations (10-12, 13-15, 31-32 and 37-39) are now shown in more detail and some details, the three digits SICs in industry, are left out.

Tap water
Water from the tap of either drinking water quality (drinking water) or lesser quality (industrial water). Tap water is purified or treated groundwater or surface water and transported through a network of pipes.

Use of drinking water
Drinking water is received and produced by the water supply companies. This is either purified groundwater or surface water being transported through a network of pipes or (tap) water network.

Groundwater
Use of water pumped or otherwise abstracted from underground formations. This may be fresh water, but can also be brackish or salt water.

Total use of groundwater
Use of water pumped or otherwise abstracted from underground formations. This may be fresh water, but can also be brackish or salt water.

Other use of groundwater
Use of abstracted groundwater for other than cooling purposes.

Surface water
Use of water abstracted from inland waters such as rivers, lakes, canals (except for groundwater), transitional waters, coastal waters, and, in respect of the chemical status, also should include territorial waters (i.e. the sea).

Total use of surface water
Use of water abstracted from inland waters such as rivers, lakes, canals (except for groundwater), transitional waters, coastal waters, and, in respect of the chemical status, also should include territorial waters (i.e. the sea). 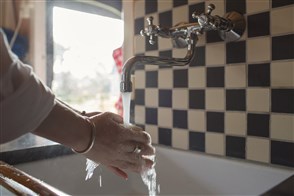 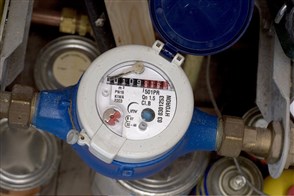