This table includes information on the size of the Dutch population, as well as births, deaths, international migration, persons who moved within or between municipalities, marriages, registered partnerships, marriage dissolutions and requests for asylum, per month, quarter and year.

Since January 2010, a new production system has become operational to process municipal population data.
As from 2010 onwards, with the introduction of the new system the following changes were implemented:
- Provisional figures on live births by rank number and marital status of the mother will no longer be available. Definite figures will be added to the table on an annual basis;
- Marriages will include registered partnerships;
- Data on registered partnerships will be discontinued;
- Married persons will include persons who have signed partnership contracts. An extra preceding marital status (married) has been added;
- Marriage dissolutions will be presented including registered partnership dissolutions;
- Divorced persons will be presented including legally terminated partnerships;
- Data on persons who have moved house within the Netherlands will no longer be broken down by place in the household.

Changes effective from 14 January 2019:
None, the table has been discontinued.

When will new figures be published?
Not applicable. This table will be followed up by 'Population dynamics; month and year' see paragraph 3.

Asylumrequests by country of nationality
Asylum request:
From 1 January 2012 on figures on the numbers of requests for asylum by citizenship are no longer reported in this publication. These figures are being published in the table: Request for Asylum by nationality, sex and age. The link to this table can be found at paragraph 2: Links to relevant tables and publications.

A written request to be recognised as a refugee under the 1951 Geneva Convention.
If the request is granted the asylum seeker receives a residence permit.
Granted requests may refer to a request of the current or a previous year.
If the request for asylum is definitely rejected, the asylum seeker is removed from the country. This can take place by one of three methods: deportation, departure under supervision, and police inspection of address after notice to leave.

Asylum seeker:
A person who for various reasons has left his or her own country in order to seek protection or asylum in another country, the Netherlands for instance.
The number of individual requests for asylum is registered by the Ministry of Justice, the source of the figures mentioned in the table.
Not every asylum seeker in a certain year is counted as an immigrant in that year. For the latter to be the case, registration in a municipal population register is required. Asylum seekers will only be registered either in course of time (in the year after one has filed a request for asylum for instance) or not at all (in case the request is refused for instance).

In order to prevent the identification of individual persons, the information shown in the table is protected by means of rounding. The original data are rounded up or down to the closest multiple of ten. The round figures are not adjusted to add up to the sum total, in order to stay as close as possible to the original data. 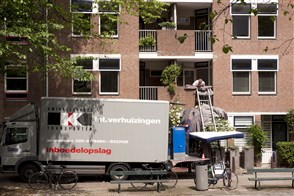 Population up by 100 thousand for third year in a row 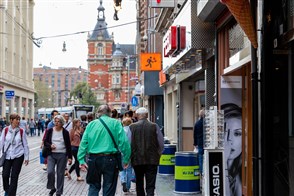 Number of immigrants and emigrants remains high in 2018 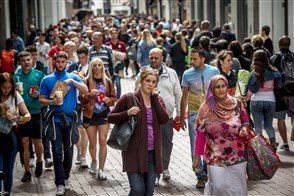 Population up by over 32 thousand in first half of 2018