The first UDC was off to a somewhat hesitant start. Rianne van Lomm, Integral Security Manager of UDC Eindhoven: ‘It took some time to find what the value was of our collaboration. As the municipality and CBS are two different types of organisations, we first had to get to know each other. Bringing together offer and demand was challenging. Eventually, we went into more depth and this strategic exploration enabled us to get off to a flying start.’ Niky van Geffen represents CBS as policy coordinator of UDC Eindhoven. ‘Mutual understanding and trust are vital. We have put great effort into this on both ends.’

In 2017, one of the first successful studies within the UDC resulted in a CBS news release with economic growth figures of Eindhoven, showing a GDP growth rate of 3.6 percent for Eindhoven. This growth rate surpassed that of the Netherlands as a whole but also those of Amsterdam, Rotterdam, The Hague and Utrecht. The news release received extensive media coverage, to the delight of John Jorritsma, Mayor of Eindhoven: ‘This clearly demonstrated the value of our collaboration. We have been discussing upgrades of our economic infrastructure with central government for many years and we’ve some serious catching up to do. This sort of positive reporting by an undisputed independent source is extremely helpful for that matter.’ 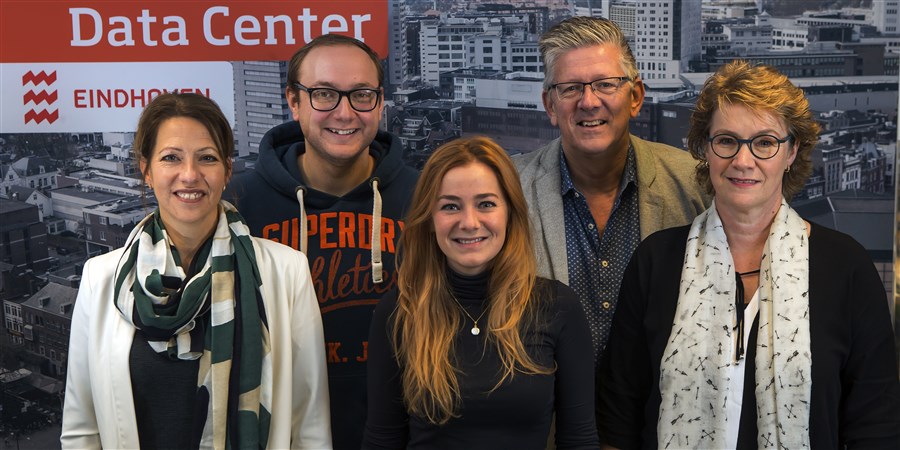 According to Van Geffen, another nice spinoff of this collaboration is the Cluster analysis, which was conducted as part of the strategic exploration of Eindhoven municipality. The report was the outcome of the close collaboration between both parties and was published in February 2018. ‘We divided the population of Eindhoven into nine clusters on the basis of 25 demographic and socioeconomic characteristics. The report describes the individual clusters and how they fit together, as well as an overall picture. In short, it provides a detailed image of the great diversity in the local population of Eindhoven. The municipality contributed its knowledge of the city while CBS contributed their data and methodological knowledge. The results of the cluster analysis will help Eindhoven municipality formulate more targeted policies for the different target groups.’

The municipality of Eindhoven and CBS are now in the process of conducting research on safety and mobility. Van Lomm explains: ‘The safety study is being conducted in collaboration with the Dutch national police force. This research would have never been possible without CBS, due to the European privacy legislation which took effect last May. Eindhoven is facing the challenge of keeping the city accessible, now and in the future. ‘For this purpose, mobility research is required which is based on data from Translink, developer of the Dutch public transport chip card. The municipality cannot access these data, but CBS can. It is clear that data suppliers have trust in CBS.’ Van Geffen stresses that this study is still in an experimental phase.

‘The results of the cluster analysis will help Eindhoven municipality formulate more targeted policies for the different target groups.’

Another result of the collaboration is the labour market monitor. ‘This monitor shows to what extent the different types of education in Eindhoven are aligned with the labour market,’ says Van Geffen. Jorritsma adds: ‘The Brainport Industries Campus (BIC) has been up and running since last summer. The first of five buildings covers over 100,000 square metres and offers space for more than one thousand students in senior secondary vocational education (MBO) and, in the future, higher vocational education (HBO) to work with more than 20 high-tech SMEs, literally all under one roof. This is unique in the country: upon graduating, students can be employed in the very same location. But the BIC will become even larger once we are able to conduct even closer data analysis of this alignment thanks to CBS. Then, we will be able to connect many more educational institutions to the BIC in an even smarter way.’

Not only the results of these joint research projects bear significance for both organisations; participation in the UDC community – made up of all municipalities that have a UDC – is also extremely valuable. Van Lomm: ‘We get together twice a year, which is highly useful because all sorts of ideas emerge from those meetings. It can be seen as a testing ground. Here as well, mutual trust is of key importance.’