Consumers’ willingness to buy has deteriorated marginally: + 10, down from +11 in April. Dutch consumers’ opinions about their personal financial situation in the past twelve months are slightly more negative. Consumers are also less positive about their financial situation in the coming twelve months and about buying expensive, durable items compared to April. 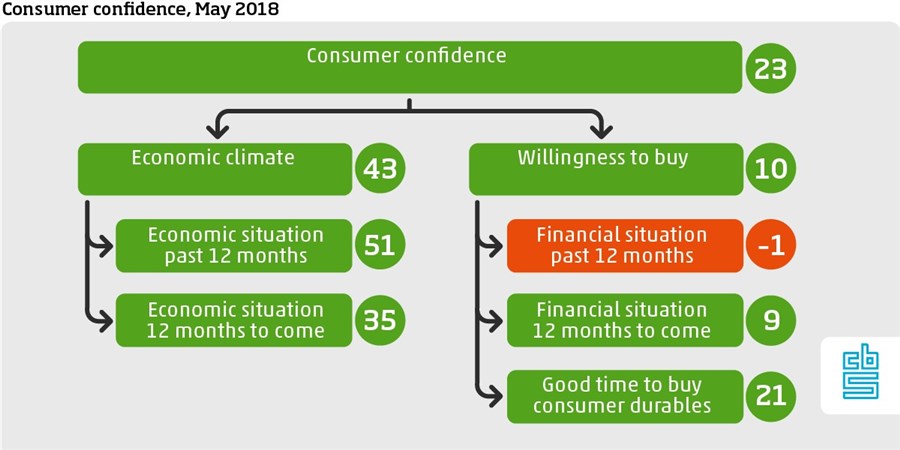