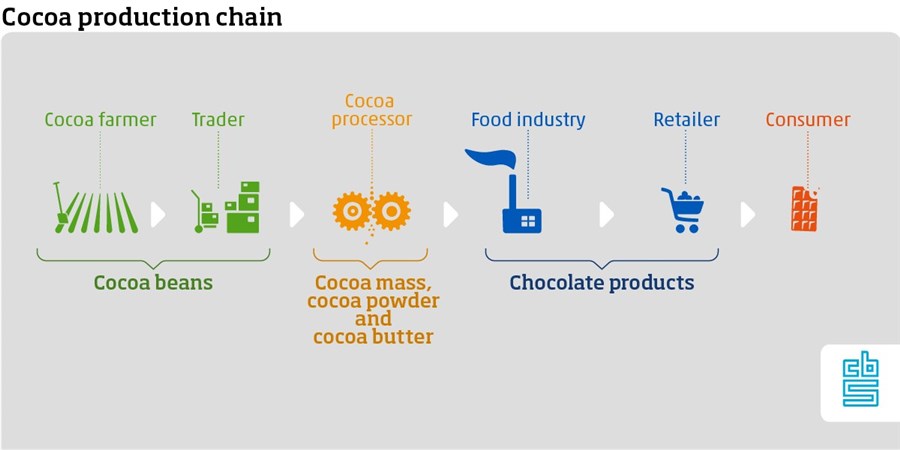 In order to gain more insight into the choice of Dutch companies for sustainable cocoa, CBS conducted a survey at the end of 2016 and start of 2017 among cocoa processing companies in the Netherlands. The participating companies process an estimated 85 to 95 percent of the total amount of cocoa beans and 45 to 55 percent of the total amount of cocoa mass, cocoa butter and cocoa powder in the Netherlands. Around 60 percent of all end products that can be found on supermarket shelves come from companies that participated in the survey. As a result, they provide an accurate picture of the purchasing and use of (sustainable) cocoa.

Of the Dutch companies that process cocoa into food products, 27 percent reported in 2016 that they only purchase certified sustainable cocoa.

Household consumption over 11 percent up in March

Exports down by nearly 2 percent in March