Petroleum and petroleum products are Scotland’s main export products. In 2015, their value amounted to 380 million euros. Medicinal and pharmaceutical products comprise the second-largest group of export products, with a value of 169 million euros in 2015. The share of electrical equipment, machinery and beverages dispatched to the Netherlands is relatively high as well.

Office equipment is the main exported product from the Netherlands to Scotland. A substantial decline is also seen in this area, compared to the year 2000. Fodder is the second-largest product exported to Scotland. Manufactured goods, machinery and electrical equipment are other types of products that cross the North Sea. 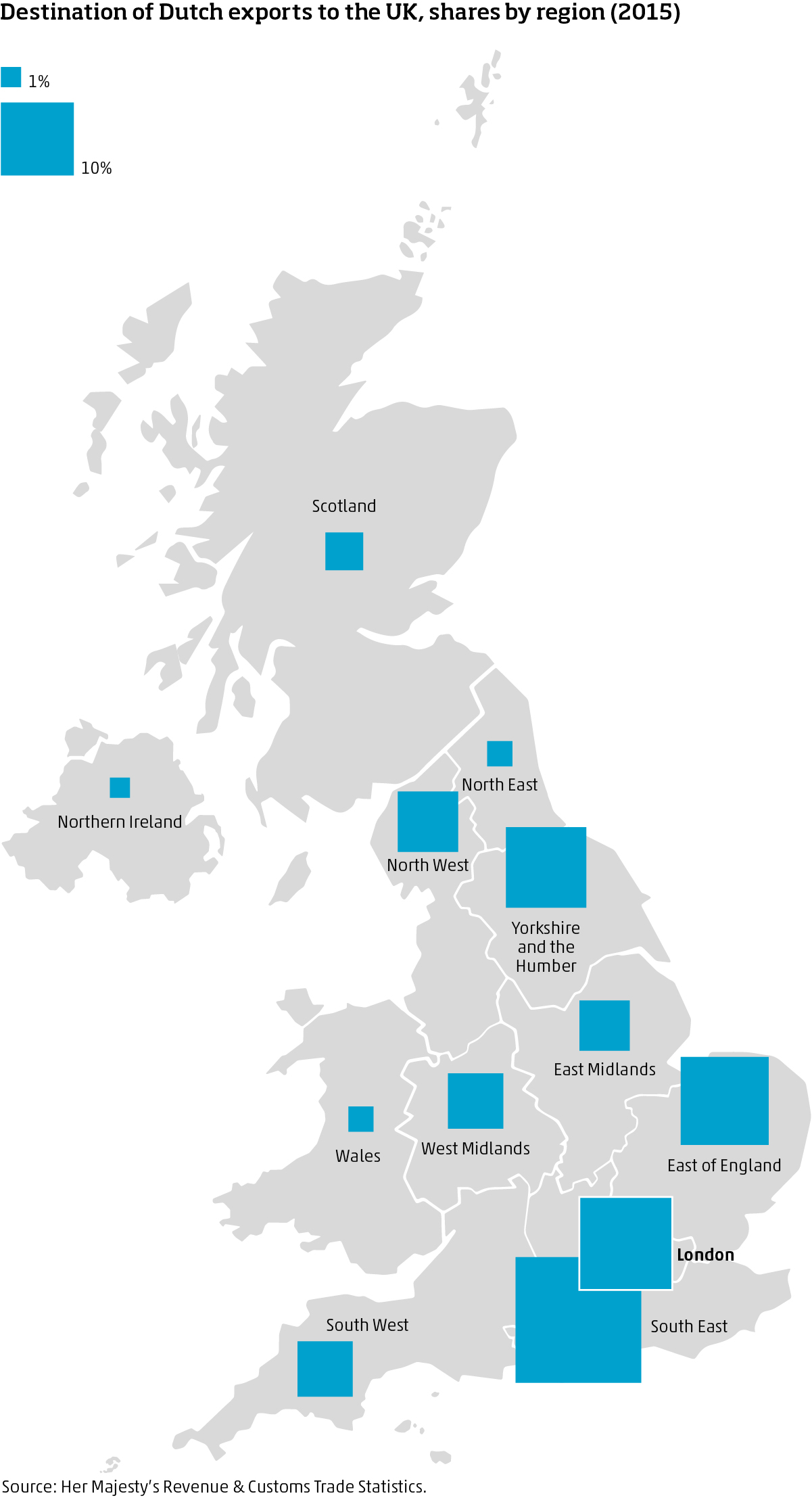