CBS asked young people how satisfied they are with life in general and with their health, financial situation and other aspects of their lives. Respondents indicated they are happiest about their circle of friends, mental health and the house they live in. They are least happy with the amount of leisure time and their finances. Teenagers appear more satisfied overall than young adults: 94 percent of the 12 to 18-year-olds is satisfied versus 87 percent of the 18 to 25-year-olds.

CBS also studied which aspects are most specifically related to life satisfaction. Most young people who indicate being satisfied with life in general are also happy about their appearance and their mental health. It is not known whether life satisfaction influences satisfaction with appearance, for instance, or vice versa (someone may feel good because he considers himself goodlooking, or may consider himself goodlooking, thus reports feeling good). Teenagers with a high level of satisfaction are also more satisfied with their friendships. Among young adults, education or job was important as well.

Boys happier with their looks than girls 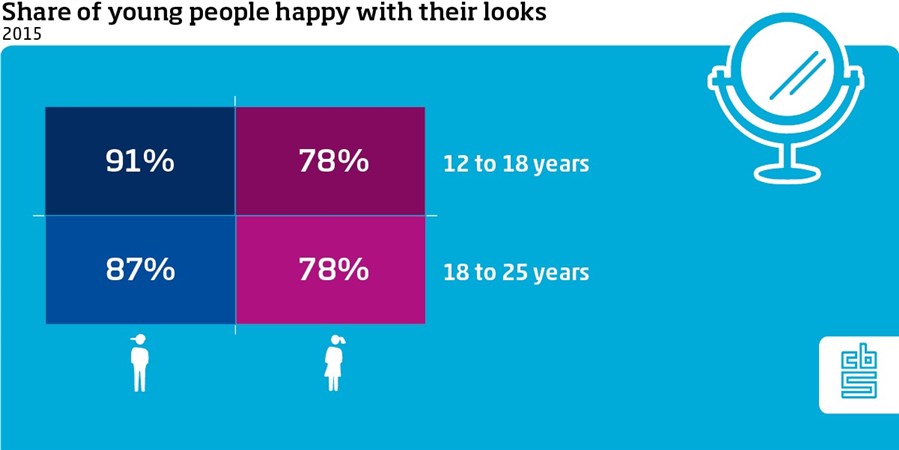 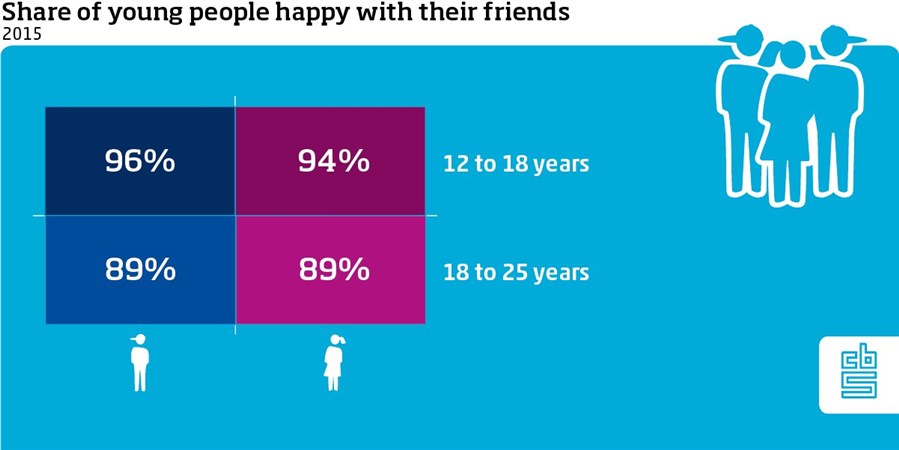