With a score of + 1, the consumer confidence indicator is significantly above its long-term average over the past two decades (- 8). The indicator reached an all-time high in April 2000 (+ 27) and dipped to an all-time low in February 2013 (- 44).

In July, Dutch consumers are considerably less positive about the economy in general than in June. The component indicator economic climate has declined from + 12 in June to + 4 in July. Consumers are much more negative about the economic situation in the next 12 months. The most striking economic event last month was the UK referendum held on 23 June about EU membership.

Consumers’ willingness to buy declines marginally in July. This component indicator of consumer confidence now stands at -1, versus 0 in June. This is due to consumers being slightly more negative about their personal financial situation. They also think the time is less favourable to buy durable goods. 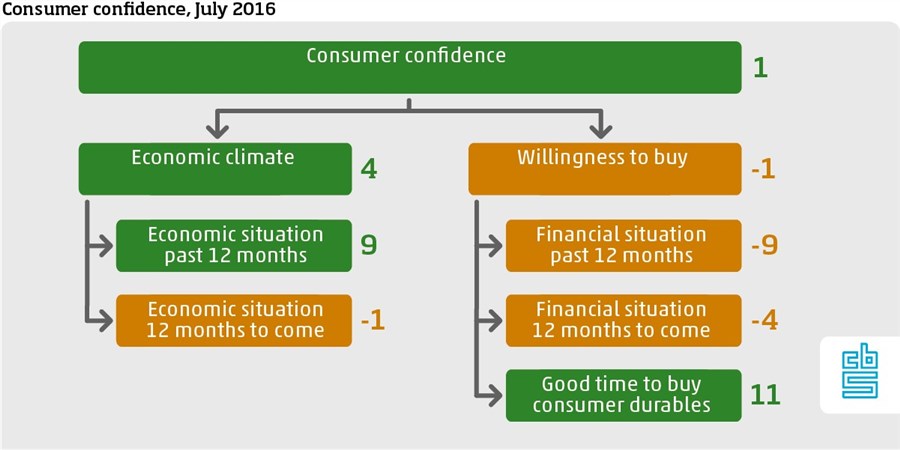