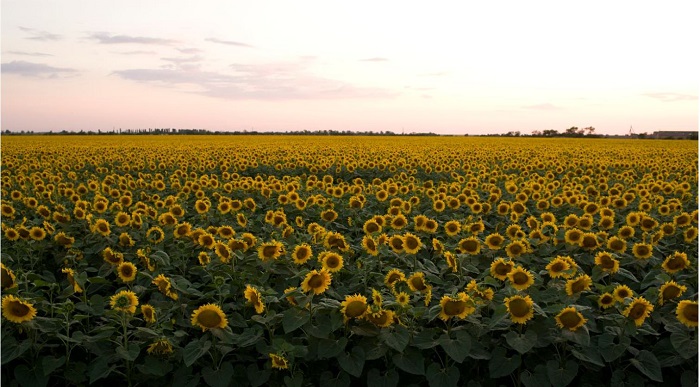 The EU trade balance with Ukraine is almost even. Last year Ukraine exported goods worth 13 billion euros to the EU. The value of EU exports to Ukraine was 14 billion euros.

Since the turn of the century, EU imports from Ukraine have risen by 165 percent. Simultaneously, EU exports to Ukraine increased at almost the same rate. In the period from 2000 to the onset of the recession in 2008, trade with Ukraine had grown by nearly 20 percent annually. After the dip in 2009, trade quickly picked up again. Since political and economic tensions between Russia and Ukraine intensified by the end of 2013, trade between the EU and Ukraine has been at a low ebb.

Trade relations with Russia are increasingly under pressure. Partly as a result of the mutual trade boycott, imports from and exports to Russia were reduced by more than half in 2015 relative to 2013. In the past few weeks, both countries have prevented trucks carrying goods from crossing the border that separates Russia from Ukraine. For example, Ukrainian trucks carrying meat, alcoholic drinks and chocolate and Russian trucks carrying vegetables, fish and sweets were denied entrance.

Since tensions with Russia are running high, the value of the Ukrainian currency, the hryvnia, has fallen steeply. With a soaring inflation rate in excess of 40 percent, Ukrainian citizens can no longer afford European goods and most of these products are no longer on the shelves.

In 2015, the value of Dutch exports to Ukraine dropped dramatically to 650 million euros (- 46 percent), partly on account of the extremely high inflation that plagued Ukraine. The number of Dutch exporters was reduced by 900 to more than 2 thousand. The most common Dutch products exported to Ukraine include medicines, transport vehicles and agricultural equipment.

In spite of the devaluation of the hryvnia (UAH), the import of goods from Ukraine has hardly increased. Last year, approximately 600 Dutch firms imported goods from Ukraine with a total value of 793 million euros, i.e. 2 percent more than in 2013. The most common import products are maize (40 percent) and sunflower oil (12 percent).

In January 2016, the EU-Ukraine Association Agreement became - at least partially - effective. The agreement stipulates extensive harmonisation of laws and regulations consistent with EU criteria during the next decade. Import duties for most manufactured products were forthwith abolished. In addition, import duties for a large amount of agricultural products will be lifted during the next decade. Producers of Ukrainian champagne, cognac, feta and Gouda cheese will have to change the names of their products – and sometimes their company name - because these names are protected under EU legislation.

The economy of Ukraine is going through a period of recession partly caused by the ongoing conflict in the eastern part of the country. The country is also destabilised by corruption and along with it corporate raiding’, the illegal takeover of businesses.