The mood among Dutch consumers deteriorated further in March. According to Statistics Netherlands (CBS), the consumer confidence indicator fell by 3 points from - 1 in February to - 4 in March. The downturn is mainly due to the fact that consumers’ opinions about the economic climate deteriorated, but their willingness to buy improved marginally. Consumer confidence has been negative for the second month in a row.

Consumers’ willingness to buy, on the other hand, is improving slightly in March. The component indicator of consumer confidence now stands at - 2, versus - 5 in February. This is partly due to the fact that consumers are less negative about their financial situation in the past 12 months. They also think it is a better time to buy expensive, durable items. 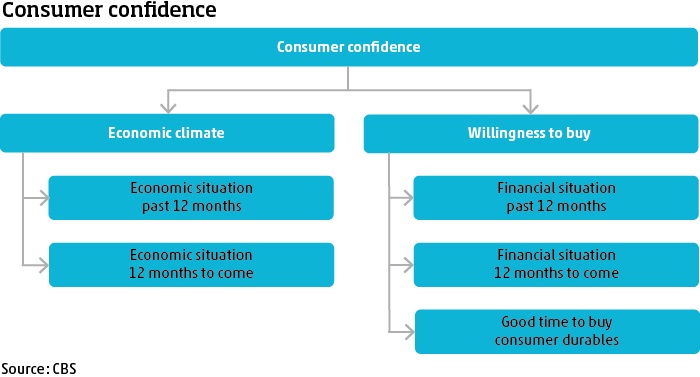