Adjustment as of September 23rd, 2021:
Real disposable income of households for the first three quarters of 2019 is adjusted. The latest vintage is now included. The adjustment does not have any impact on other topics.

The households sector consists of individuals or groups of individuals as consumers and as entrepreneurs producing market goods and non-financial and financial services (market producers) provided that the production of goods and services is not by separate entities treated as quasi-corporations. It also includes individuals or groups of individuals as producers of goods and non-financial services for exclusively own final use.
The sector households includes all natural persons who are resident for more than one year in the Netherlands, irrespective of their nationality. On the other hand Dutch citizens who stay abroad for longer than one year do not belong to the Dutch sector households.
The sector households does not only cover independently living persons, but also persons in nursing homes, old people's homes, prisons, boarding schools, etc. If persons are entrepreneurs, their business also belongs to the sector households. This is the case for self-employed persons (one-man business). Large autonomous unincorporated enterprises (quasi-corporations) are included in the sector non-financial or financial corporations.

The non-profit institutions serving households (NPISHs) sector consists of non-profit institutions which are separate legal entities, which serve households and which are private non-market producers. Their principal resources are voluntary contributions in cash or in kind from households in their capacity as consumers, from payments made by general government and from property income.
Examples are religious organisations, charity organisations, political parties, trade unions and cultural, sports and recreational organisations.

Home mortgages; closing balance
Total of the home mortgages at the end of the period. These are long-term loans with as collateral the property itself which is occupied by the private person. 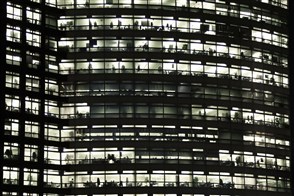