Population in The Netherlands on 1 January by sex, age, marital status, generation and migration background.

Status of the figures:
All figures in the table are final.

Changes per 17 September 2021:
The figures of 1 January 2021 are added.
Due to technical reasons, this table is published under the heading "redesign". The structure and data of the table have not been changed.

Changes per 9 April 2021:
The table has been revised:
- With regard to age, the individual ages have been extended to 105 years or older (was 99 years or older) and the five-year groups continue to 100 years or older (were 95 years or older). The ten-year groups and the groups 0 to 20 years, 20 to 65 years and 65 years or older have been removed from the table.
- The topics related to generation have been moved to a new selection called 'Generation'. This selection has also been expanded with the categories 'With migration background' and 'Dutch background'.
- With regard to migration background, the subtotals 'GIPS countries in the EU' and 'Central and Eastern European countries in the EU' have been added.
- The name change from Portuguese Timor to Timor Leste (20 May 2002) has been incorporated in this table from 2003. In the old table this was from 2005. The differences in the years 2003 and 2004 also affect the figures for Indonesia, Western migration background and non-western migration background.
- The name change from Federal Republic of Yugoslavia to Serbia and Montenegro (4 February 2003) has been incorporated in this table from 2004. In the old table it was from 2005.
- For Aruba and the Netherlands Antilles (old), the figures have become available from 1996 (was 2011).

When will new figures be published?
In the 2nd quarter of 2022, the figures of the population as of January 1, 2022 will be added to this publication.

Population
The number of people residing in The Netherlands. 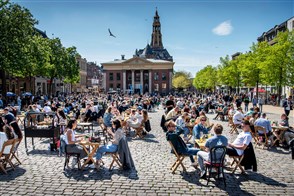 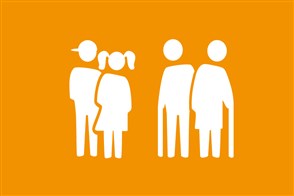