Immigration and emigration in the Netherlands and the administrative corrections by country of birth, sex, age and marital status.

Status of the figures:
All data recorded in this publication are final data.

Changes as from 31 October 2019:
The structure of the table has been changed as follows:
The topics 'Emigration excluding administrative corrections' and 'Net migration excluding administrative corrections' have been removed from the table.
The selections 'Country of birth' and 'Marital status' have switched positions.
The ages are now available up to and including age 105 or older. The age groups have been replaced by five-year groups.
The method of calculating the figures for the European Union (total) has changed. Under the old calculation, a country joining the EU was counted in the entire following year. From now on, the country is counted as of the date of accession. The EU figures for the years 2004 (accession as of 1 May) and 2013 (accession as of 1 July) have been revised as a result.
Data of 2018 have been added.

When will new figures be published?
The final figures of 2019 will be added in the second quarter of 2020 in this publication. 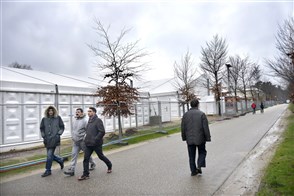