Consumers’ willingness to buy has improved marginally: + 11, up from + 10 in March. Dutch consumers’ opinions about their personal financial situation have hardly changed in April and are slightly more positive about buying expensive, durable items compared to March. 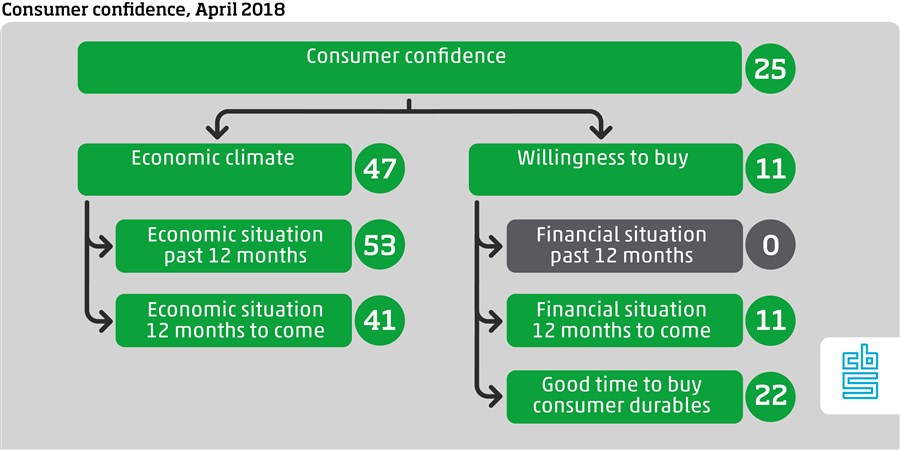