Consumers’ willingness to buy remains unchanged at +10, just as in February. Dutch consumers’ opinions about their personal financial situation have hardly changed in March and are equally positive about buying expensive, durable items as in February. 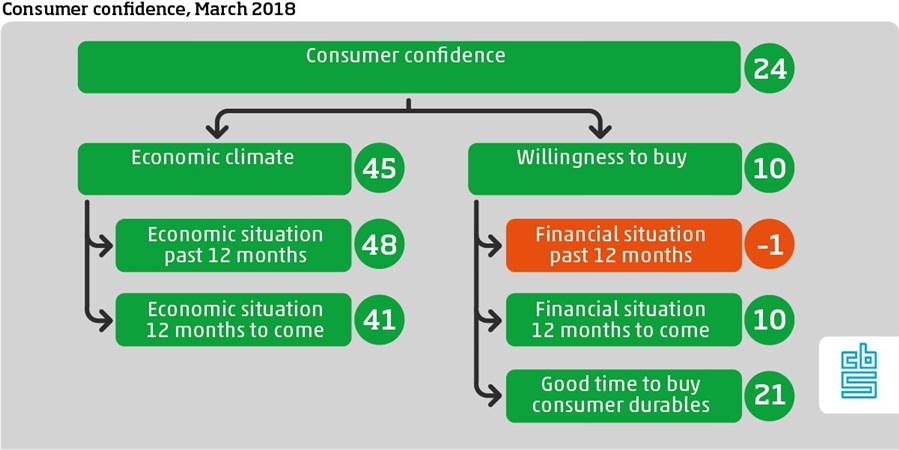