The number of plug-in hybrids has risen most rapidly and had more than doubled on 1 January 2016 compared to 1 January 2015. The number of hybrids and full electric cars increased by 10 and 34 percent respectively over the same period.

The Mitsubishi Outlander PHEV was the best-selling plug-in hybrid in 2015 and the Toyota Auris was the most popular hybrid without plug-in option. The most popular FEV was the Tesla Model S. 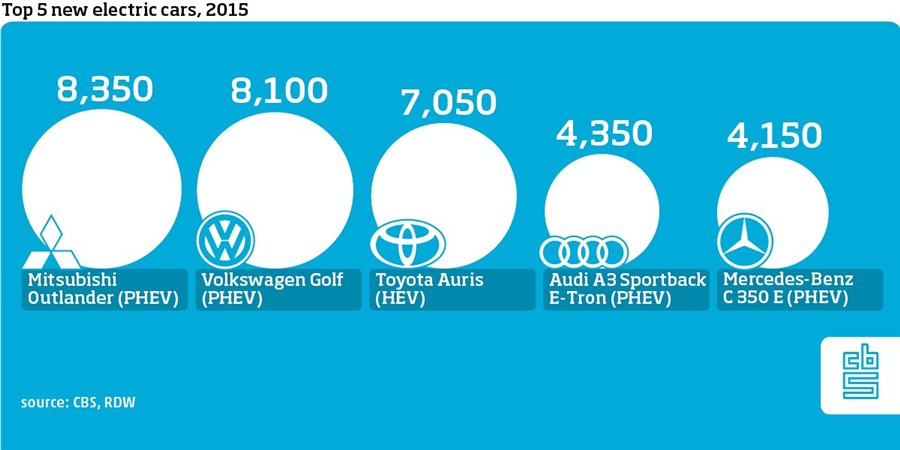 Company car drivers often use FEVs and PHEVs owned by (leasing) companies. Last year 60 thousand new electric cars were sold, of which one-third in December. Hybrids and electric vehicles were subject to a low additional tax rate in 2015. On 1 January 2016 the additional tax rate for hybrids and plug-in hybrids was raised.