This table presents information about developments in retail turnover (SIC 2008 code 47). The data is broken down in two ways. The first breakdown refers to the sales channel: shops that predominantly sell goods online and those that predominantly sell goods through other sales channels (physical shops, markets, etc.). The second breakdown refers to the main economic activity: shops that predominantly sell food and drugstore items, consumer electronics, clothes and fashion items or other non-food. Developments are presented as percentage changes compared to a previous year and by means of indices. In this table, the base year is updated to 2015, in previous publications the base year was 2013. The survey used to measure turnover change for online sales covers retail trade companies with 10 or more employees; these represent 65-70 percent of total online sales. Small businesses are not covered.

Status of the figures
Figures on 2022 are provisional, the preceding periods are definite.
The figures of a calendar year will become definite no later than five months after the end of that calendar year. Until then, the figures in this table will be 'provisional' and can still be adjusted as a result of delayed response.

Changes as of May 31, 2022:
-Figures of March, April and the first quarter of 2022 have been added. Figures of preceding periods in 2022 and 2021 may have been adjusted.
-The breakdowns of internet sales by main economic activities have been added with:shops that predominantly sell food and drugstore items, consumer electronics, clothes and fashion items or other non-food.
-The figures on internet sales of consumer electronics were temporary unavailable from reporting period January 2021. These figures are now available again.

Turnover year-on-year change
Change in turnover indicates the growth rate with respect to the same period (month, quarter, year) of the previous year as a percentage. Statistics Netherlands calculates this on the basis of non-rounded figures.

Turnover is defined as the value of sales of goods and services to third parties, VAT excluded. Turnover includes the main activity as well as secondary activities. Third parties are consumers and enterprises not belonging to (the Dutch part of) the own group of companies. 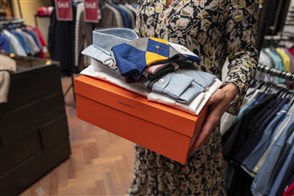 Retail turnover over 8 percent up in April 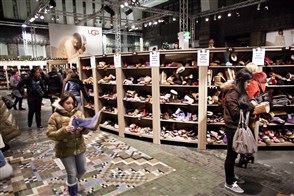 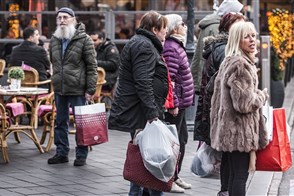 Retail turnover over 17 percent up in January