This table aims to show the distribution of welfare of private households, measured by their income, expenditures and wealth.
The figures in this table are broken down to different household characteristics.

Number of households
Number of private households with a known income on January 1st of the reporting year.

Households spend money on goods and services to fulfil their needs. Such expenditures may have been done in the Netherlands as well as abroad.

Median wealth
Ranking households according to their wealth, the median is equal to the wealth of the central household. Half of the households possess more wealth, the other half has less.

Wealth equals assets minus debts. Assets are financial assets (bank and saving credits and securities), real estate and enterprise capital. Debts are amongst other things mortgage debt and consumptive loans.

Low-income households
Number of households having an income below the low-income threshold as a percentage of all households in a category.

The low-income threshold represents the same purchasing power for all households and is adjusted annually for price changes using the consumer price index (CPI). The level is based on the welfare benefit level for a single person in 1979. 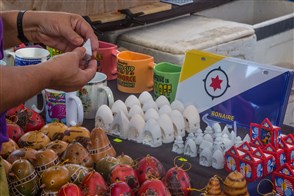