This table contents information of the Regional accounts.
Regional accounts give a description of the economic process in the regions of a country in conformity with the national accounts. Elements in the economic process distinguished in national accounts are production, distribution of income, spending and financing. Regional accounts focus on the description of the production processes in the various regions.
The new Standard industrial classification 2008 (SIC 2008) is used in the National and Regional Accounts of the Netherlands.
This code is based on the European classification Nomenclature générale des Activités économiques dans la Communauté Européenne (NACE Rev. 2) which is used in all Member States of the European Union.

Changes as of November 23rd, 2018:
None. This table has been discontinued.
Statistics Netherlands has carried out a revision of the national accounts. New statistical sources and estimation methods have been used during the revision. Therefore this table has replaced by table Economic growth, GDP and value added by region; national accounts. For further information see section 3. 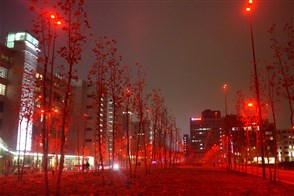