Oil transit
The amount of oil delivered from the oil storage to departing tankers. The amount delivered is expressed as an index figure. 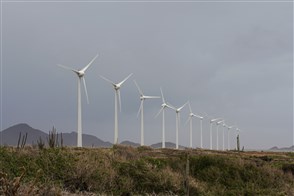