This table contains data at regional level on the number of persons employed on agricultural holdings, the corresponding annual work units (AWUs) and the number of holdings with workers.

The agricultural census is also used as the basis for the European Farm Structure Survey (FSS). Data from the agricultural census do not fully coincide with the FSS. In the FSS years (2000, 2003, 2005, 2007 and 2010)
additional information was collected to meet the requirements of the FSS.

Data on labour force refer to the period April to March of the year preceding the agricultural census.

The definition of the agricultural census based on information from the Dutch Business Register mainly affects the number of holdings, a clear deviation of the trend occurs. The impact on areas (except for other land and rough grazing) and the number of animals (except for sheep, and horses and ponies) is limited. This is mainly due to the holdings that are excluded as a result of the new delimitation of agricultural holdings (such as equestrian centres, city farms and organisations in nature management).

Until 2010 the economic size of agricultural holdings was expressed in Dutch size units (in Dutch NGE: 'Nederlandse Grootte Eenheid'). From 2010 onwards this has become Standard Output (SO). This means that the threshold for holdings in the agricultural census has changed from 3 NGE to 3000 euro SO. For comparable time series the figures for 2000 up to and including 2009 have been recalculated, based on SO coefficients and SO typology. The latest update was in 2016.

Status of the figures: the figures for 2021 are provisional, the other figures are final.

When will new figures be published?
According to regular planning provisional figures for the current year are published in November and the definite figures will follow in March of the following year.

Regularly employed
Persons working regularly at the holding, generally on the basis of a permanent contract.

Spouse
Spouse of the holder/manager, working regularly at the holding.

Family workers
Family members of the holder/manager, working regularly at the holding.
_
Family members are relatives in the first or second degree (brother, sister, parent, grandparent, child or grandchild), aged 16 years and over.

Not regularly employed
Persons working on a non-regular basis, usually on contracts for a fixed time, for specific work or occasional work.
_
For persons not regularly employed only the number of working days is known, therefore only annual work units (AWU) and the number of holdings are available.
_
In 2003 and from 2005 onwards this includes labour from persons working on the holding but employed by a third party or under mutual-aid arrangements (e.g. labour supplied by agricultural contractors or cooperatives). Third party labour was not surveyed from 2000 to 2002 and in 2004. Unfortunately it cannot be determined whether or not this
labour was included. 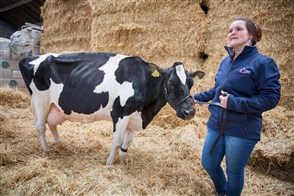