This table contains monthly, quarterly and yearly figures on the labour participation and unemployment in the Netherlands. The population of 15 to 75 years old (excluding the institutionalized population) is divided into the employed, the unemployed and the people who are not in in the labour force. The different groups are further broken down by sex and age. Next to the original monthly figures on the labour force you can also find monthly figures that are seasonally adjusted.

Changes as of 19 January 2023:
The figures for December, the fourth quarter and the year 2022 have been added

When will new figures be published?
New figures on the most recent month are published monthly, in the third week of the month.

Net labour participation
The percentage of the employed labour force in the population (labour force and not in the labour force).
This definition concerns people who live in the Netherlands (excluding the institutionalized population). The figures are usually presented for the population aged 15 to 74 years old.

Seasonally adjusted
Employed labour force as a percentage of total population aged 15 until 65. For the yearly figures seasonally adjusted figures are not available because every single year deals with the same seasonal influences. 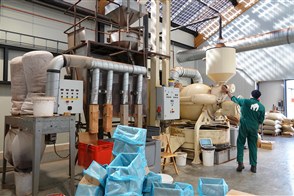 Unemployment further down in December

Unemployment slightly down in November