Dataset is not available.

Changes on 6 October 2017:
This table is discontinued.

When will new figures be published?
Not applicable anymore. This table will be replaced by 'Caribbean Netherlands; population; sex, age, marital status', see chapter 3.

Population on 1 January (source: CBS)
Population at the beginning of the year.

Population:
The total number of people residing in islands of Dutch Caribbean.
In the population statistics compiled by Statistics Netherlands the inhabitants of a given area are the people registered in the population register, whose address is located in that area.

Break in series as a result of method change.
From 2011, the figures are calculated using a new method, which has resulted in a break in series. 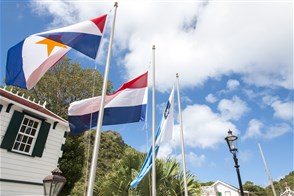 Population growth on Bonaire mainly due to immigration