‘Our aim is to take a proactive approach to providing data for the Green Deal, and to work closely with stakeholders and other knowledge institutions. We are in contact with each other and are discussing exactly what information everybody needs.’ This is how Angelique Berg, Director General of CBS describes the process. ‘A lot of information is already out there, but there are still gaps and sometimes available information is fragmented. What we want to do is make statistical information about the Green Deal easier to access, for both experts and the public. This means the data must be presented in relation to each other. For climate change and the energy transition, for example, alongside CO2 emissions we want to publish data on significant temperature and weather changes, the impact these have on people and on society, and what measures national and local government, businesses and individuals are taking in response to this.’

Thom Werkhoven is head of the Green Deal project at CBS. ‘To satisfy the information needs of the various players in the field as quickly and efficiently as possible, we are looking at whether we can combine existing CBS data to compile relevant Green Deal indicators, or can obtain the information by including extra questions in existing surveys.’ Werkhoven stresses how important collaboration with various partners – both nationally and internationally – is in this respect. ‘At the national level we are working with national and local government, academia, financial institutions and the business sector. At the European level we are collaborating with various national statistical institutes and the statistical office of the EU, Eurostat; and more widely there are cooperation initiatives with the UN, IMF and OECD. But we are also looking at this from the public’s point of view.’ The challenge, says Werkhoven, is to link the various programmes, both nationally and internationally, and show how they interconnect. ‘That is why CBS is participating on so many fronts and promoting coordination and harmonisation.’

One of CBS’ key partners in this respect is the KNMI. Berg: ‘CBS sees the KNMI as an influential authority in the field of climate and weather. CBS statistics mainly concern people and society, the environment and nature. In our view, the two organisations complement each other in terms of the information they produce and we certainly see opportunities for further intensive collaboration. So we are very pleased with the arrangement to share data and present them in the Green Deal dashboard.’ Prof. dr. Gerard van der Steenhoven, Director General of the KNMI confirms this: ‘The development of CBS’ climate dashboard has resulted in closer collaboration. The KNMI has a similar project and it is interesting to discuss progress on the two dashboards. Combining data can lead to new insights. KNMI data focus mainly on weather and climate, but we need a wider perspective – effects on the economy and public health for example – to help kick off the system transitions required to achieve the sustainability goals which the Netherlands has committed to achieving.’ 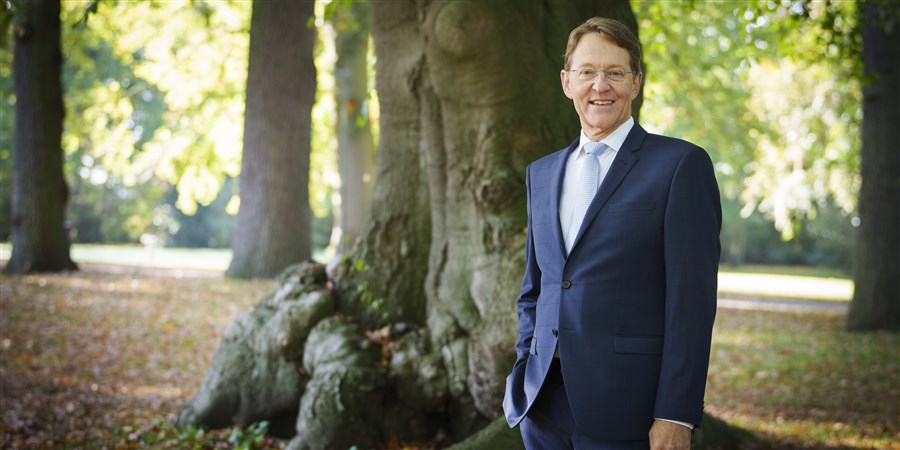 Van der Steenhoven also mentions the Copernicus European research programme in this respect. ‘An initiative under which very large weather and climate data sets are being created. These data sets, too, could be very useful for CBS, and I am looking forward to discussing potential opportunities with them.’ He sees the focus on the Sustainable Development Goals (SDGs) as one of the strengths of the CBS approach: ‘In my view it is very important that the SDGs are given more attention in the Netherlands. Only the CBS can monitor Dutch progress on the SDGs in such an integrated and influential way. This also contributes to the awareness among public and policymakers.’

Dutch institutions are conducting high quality research in a range of areas: climate tipping points, battery use, how to set up a circular economy, etc. Van der Steenhoven: ‘But if we want to realise a 100 percent sustainable society, we have to approach the required transition at system level. Look at how we use our land, for example: here, a number of different interests come together. The transition to more plant-based agriculture, the need for more homes, and the need for more renewable energy sources all have to fight for the same plot of land. To reach an agreement between all these conflicting interests we need an integrated approach, which should also involve local residents. Climate scientists, statisticians, sociologists, policymakers and health experts will need to get their heads together to explore how to achieve such a system transition.’ The KNMI Director General acknowledges that setting up such a cooperative will not be easy: ‘That is why the Dutch Climate Research Initiative (KIN) has been set up. This is where we are bringing various scientific disciplines together, and are including local stakeholders. Knowledge institutions like CBS and the KNMI are crucial for this.’

In March 2023 a workshop will be held to channel the information needs – collected from stakeholders and knowledge institutions in the last few months – towards a multi-year Green Deal programme. Berg: ‘During this workshop we shall explain the approach in more detail and hope to hear from stakeholders what their priorities are, and to discuss jointly and in more detail the set-up of the development projects scheduled for 2023. We see this Green Deal workshop as the kick-off for exploring next steps with everyone involved.’

From an organisational point of view, the KNMI has also set its own climate goals. Van der Steenhoven: ‘We have set ourselves concrete green targets. For example, with 30 other European weather institutes we have agreed on CO2 reduction targets, which we aim to achieve by – among other things – conducting more meetings online. Another KNMI initiative that will have a large impact is the plan for a supercomputer, located in Iceland, which will be used by Denmark, Ireland and Iceland as well as the Netherlands from this summer. This computer is much more powerful than the present system and will be powered by 100 percent green energy. Added to this we are playing an active role in creating climate awareness in the Netherlands. An important part of our work is providing information to the media and sharing our expertise through talks, lectures and climate bulletins on our website. This all helps to improve climate awareness in society.’