Why let respondents fill in an online questionnaire when an app on their smartphone can accurately measure their movements so they don’t need to be asked? That was the question put by CBS and a number of external partners. Professor and methodologist at CBS Barry Schouten explains: ‘Over the past twelve months, we have worked to develop an app that facilitates data collection on people’s mobility behaviour. To this end, we have set up an expansive partnership with Utrecht University (UU) in the framework of the ‘Waarneem Innovatie Netwerk’ (Observance Innovation Network, WIN), and with Rijkswaterstaat (RWS) and the KiM Netherlands Institute for Transport Policy Analysis.’ CBS and Utrecht University have been conducting joint studies on the effects of mobile devices such as smartphones and tablets on statistical research.

Ole Mussmann is IT researcher at CBS. He mainly focuses on the possibilities of using sensors towards data collection for the compilation of statistics. ‘Any smartphone has many different sensors. By installing an app on the smartphone, we can use its GPS sensors to continuously track the location of the respondents. Respondents no longer need to remember where they were and how much traveling time was involved. CBS can even track (the often under-reported) short-distance travel in this way.’ 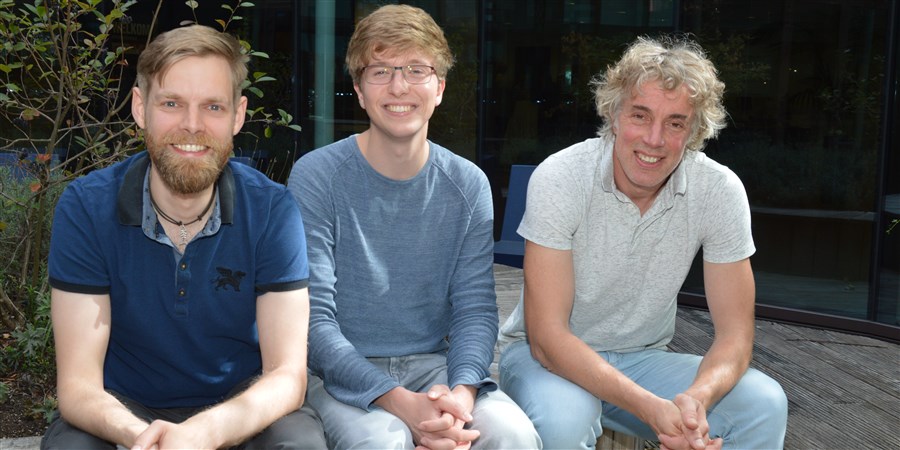 Before the app can be deployed effectively as a fully-fledged instrument, more work needs to be done. A field test was performed last November. Schouten notes: ‘Never in the past did we conduct such an extensive field test. Of the 2,000 people who were included in the sample survey, 35 percent installed the app on their smartphone. Half of them had joined an online ODiN survey in the past, while the other half were new to it. In the first category, approximately 40 percent participated in the sample survey, while the response rate was slightly under 30 percent in the second category.’ The movements of those respondents who had install the app on their smartphone were monitored over a period of one week.

During the field test, the focus was not only on technology but also on people’s willingness to participate, the quality of the measured data and the proper alignment with information requirements within the ODiN Mobility Survey. Says Schouten: ‘We’ve made sure the respondents were closely involved in the survey by offering instruction videos and incentives. Anyone willing to join our field test was offered a financial contribution.’ According to Mussmann, apps offer more potential benefits than surveys. ‘First of all, respondents can monitor actions they were inititally unaware of, for example air pollution. Another advantage is that CBS can monitor the respondents 24/7. This offers opportunities for more data collection against a lower response burden. Furthermore, you can ask context-specific questions, depending on such things as location or time of day. In addition, CBS can deliver the data which were supplied by the respondent back to him/her and include, for instance, the average scores among the Dutch population.’

Interest in the results of this innovative CBS experiment is evident both within and outside of the Netherlands. There is considerable interest beyond national boundaries, as well.

Dialogue with the doubters

Apart from enthusiasm among the stakeholders - including Rijkswaterstaat and Kennisinstituut voor Mobiliteitsbeleid - about the myriad possibilities with this method of data collection, a measure of hesitation exists as well. Says Mussmann: ‘This is understandable, as it involves a great deal of technology. People may find this scary. That’s why it’s very important to enter into a dialogue with the doubters, and explain to them how we work.’ So what about the privacy of the respondents? ‘They do not need to worry about that. The same privacy terms and conditions apply to the app as to the surveys. For example, no individual personal data are traceable at any time. Moreover, participation is voluntary. Respondents can pause or stop the data collection anytime they wish.’

‘Development of this app is still in an experimental phase, but - provided the final version of the app becomes operational - it may be put to use in other surveys, such as leisure time activities, tourism or health,’ says Schouten. Interest in the results of this innovative CBS experiment is evident both within and outside of the Netherlands; the project is also being supported by knowledge which is shared by the Norwegian statistical office. There is considerable interest beyond national boundaries as well. The statistical office of Australia would also like to perform tests with the app. In addition, various European projects have been set up with the UK, Finland, Austria and Slovenia.