Skip to main content
The 2021 International Prize in Statistics has been awarded to US biostatistician Nan Laird, Harvey V. Fineberg Professor of Biostatistics (Emerita) at Harvard T.H. Chan School of Public Health, in recognition of her work on powerful methods that have made possible the analysis of complex longitudinal studies.

Thanks to Laird’s work, applied researchers have been able to wring detailed information from large studies that follow participants and collect their data over time, sometimes for many decades, such as with the Nurses’ Health Study in the US or the National Child Development Study in the UK. The design of these studies traditionally made it difficult for researchers to control for participants’ individual characteristics while also dealing with often sparse data from hard-to-reach populations.

Laird’s work gave researchers the tools they needed, which allowed them to answer important questions in health, medicine, psychology and more. This jump-started a field known as “random effects modeling for longitudinal data analysis,” and the methods Laird introduced in 1982 are still the most widely used techniques in both observational studies and clinical trials today.
“Nan’s 1982 Biometrics paper was a statistical tour de force,” says Garrett Fitzmaurice, professor of biostatistics at the Harvard T.H. Chan School of Public Health. “Nan pioneered the development and application of what are now considered to be modern statistical methods for longitudinal analysis. Her work has changed how statisticians and empirical researchers approach the analysis of data from longitudinal studies.”

The International Prize in Statistics is awarded every two years by a collaboration among five leading international statistics organizations. The prize recognizes a major achievement by an individual or team in the statistics field, particularly an achievement of powerful and original ideas that has led to practical applications and breakthroughs in other disciplines. Laird will receive the prize, which comes with an $80,000 award, this July at the biennial International Statistical Institute World Statistics Congress, which will be held virtually.

The first International Prize in Statistics was awarded in 2017 to British statistician David R. Cox for the development of the Cox proportional hazards model, which allows researchers to investigate patient survival rates in complex studies. US statistician Bradley Efron received the award in 2019 for a statistical method known as the bootstrap, a clever computational method for assessing uncertainty in applied statistics.

Laird began the work that would eventually lead to this prize in 1982 as an assistant professor in the Harvard School of Public Health Biostatistics Department, collaborating with Harvard biostatistics colleague Jim Ware. Ware was involved with the Harvard Six Cities Study, in which researchers followed more than 8,000 participants across the US for more than a decade and regularly collected data from them to investigate the effects of air pollution on lung functioning. Ware turned to Laird for help in developing methods to address some particularly sticky problems in the data.

At the time, most statistical methods required the data to be unrealistically orderly and complete. For example, researchers had to collect the exact same number of measurements from each participant on the same regular schedule. This scenario was far from reality, where participants usually fail to show up for some appointments only to show up for later ones, or irregularly respond to researchers’ requests at un-scheduled times.

The existing methods also did not give researchers the flexibility to incorporate the participants’ individual characteristics, which were needed to address their study’s questions - such as how a person’s personal smoking behaviors interact with air pollution to affect their lung capacity, or how their change in body mass influences their overall health.

Laird’s solution was to develop an integrated statistical framework that could handle all these problems. This approach, which she and Ware described in their 1982 Biometrics paper, “Random Effects Models for Longitudinal Data: An Overview of Recent Results,” was flexible enough to accommodate a variety of real-world situations, including ones with missing data. It also let researchers fine-tune their approaches to capture each participant’s individual changes over time, as well as the general effects across a population.

The paper went beyond new abstract theories, however. Realizing the need for practical methods, especially given the limitations of computing in the early 1980s, Laird and Ware introduced a novel computational approach for carrying out data analysis. Also, in a surprisingly modern and visionary move for the time, Laird and Ware developed and disseminated user-friendly software for others to use, which led to broad adoption of the new statistical framework by investigators.

Laird was born in Gainesville, Florida, in 1943, to a schoolteacher mother, who stayed at home to raise her and her older sister, and a political science professor father, who turned to state government and political work when the family moved to Tallahassee when Laird was three years old.

Math was Laird’s favorite subject in school, and when she started Rice University in 1961 as an undergraduate, she initially majored in math. She quickly grew dissatisfied with her studies, however. Not only was it awkward to be the sole female in her mathematics course section, especially at a time when women were generally discouraged from pursuing studies in the sciences, but she also yearned to do something more practical than the theory she was encountering. She soon switched her major to French, then left Rice altogether after her junior year and moved to New York City.

A few years later, after another family move, Laird picked up her studies at the University of Georgia. This time, she started in computer science, hoping to find that elusive element of practicality she had missed in mathematics. She found it not in computers, which were just starting to become mainstream at the time, but in her statistical decision theory course. She was entranced by the idea that one could use math formulas to make life decisions, even mundane ones like whether to pack an umbrella in the morning. Hooked on statistics, she switched majors a final time and graduated with her BS in statistics in 1969.

Another move took Laird to Boston, where she worked as a computer programmer for a couple of years on the Apollo Man to the Moon Program at the Massachusetts Institute of Technology Draper Laboratory, running computer simulations to test the navigation system for the Apollo spacecrafts. The work convinced her she needed more education to keep advancing in her career, so she decided to pursue graduate studies in statistics.

Laird entered Harvard University as a doctoral student in statistics in 1971. She earned her PhD after four years and joined the faculty as an assistant professor in biostatistics. She remained at Harvard until her retirement four decades later.

Throughout her career, Laird has published three books and more than 400 papers, which have garnered more than 180,000 citations. She is a fellow of the American Association for the Advancement of Science, a fellow of the American Statistical Association, a fellow of the Institute of Mathematical Statistics, an elected member of the International Statistical Institute and the recipient of the Janet Norwood Prize and Samuel S. Wilks Award. Laird has served on many panels and editorial boards, including a 1986 National Academy of Sciences panel on airliner cabin environment, which led to the elimination of smoking on airplanes. Laird chaired the Harvard School of Public Health Department of Biostatistics from 1990–1999.

Laird lives in Cambridge with her husband. She has two children and 3 grandchildren. 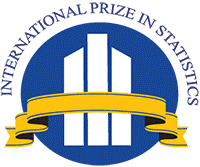 The American Statistical Association is the leading authority on statistics in the United States and a prominent organization in the field internationally. Since its founding in 1839, the ASA has supported excellence in the development, application and dissemination of statistics through advocacy, education, meetings, publications and member programs. Its 19,000 members serve in industry, government and academia in more than 90 countries, advancing research and promoting sound statistical practice to inform public policy and improve human welfare.

The Institute of Mathematical Statistics is an international professional and scholarly society devoted to the development, dissemination and application of statistics and probability. The institute has about 4,500 members in all parts of the world.

The International Biometric Society is an international society promoting the development and application of statistical and mathematical theory and methods in the biosciences, including agriculture, biomedical science and public health, ecology, environmental sciences, forestry and allied disciplines. The society welcomes as members statisticians, mathematicians, biological scientists and others devoted to interdisciplinary efforts in advancing the collection and interpretation of information in the biosciences.

The International Statistical Institute is unmatched in its global reach among statisticians and those interested in the field of statistics. It is an association that links national statistical societies, with special focus on the societies in developing regions of the world. A majority of the world’s central bureaus of statistics are represented within the ISI network. Its influence within the international statistical community is supported by the seven ISI Associations - each specialize in a particular area of statistics - and its committees, which are active interest groups.