On 14 December 2018, Statistics Netherlands (CBS) received a delegation from the Japanese Ministry of Economy, Trade and Industry (METI), whose responsibilities include the production and publication of business statistics in Japan. The visit was focused on the exchange of practical and scientific knowledge in the areas of Big Data and data visualisation. These areas are important to CBS, in order to be able to meet emerging new information needs in society and to present (complex) data in an accessible format. The Japanese delegation included METI’s Deputy Director, two METI researchers and a researcher from GfK Japan. 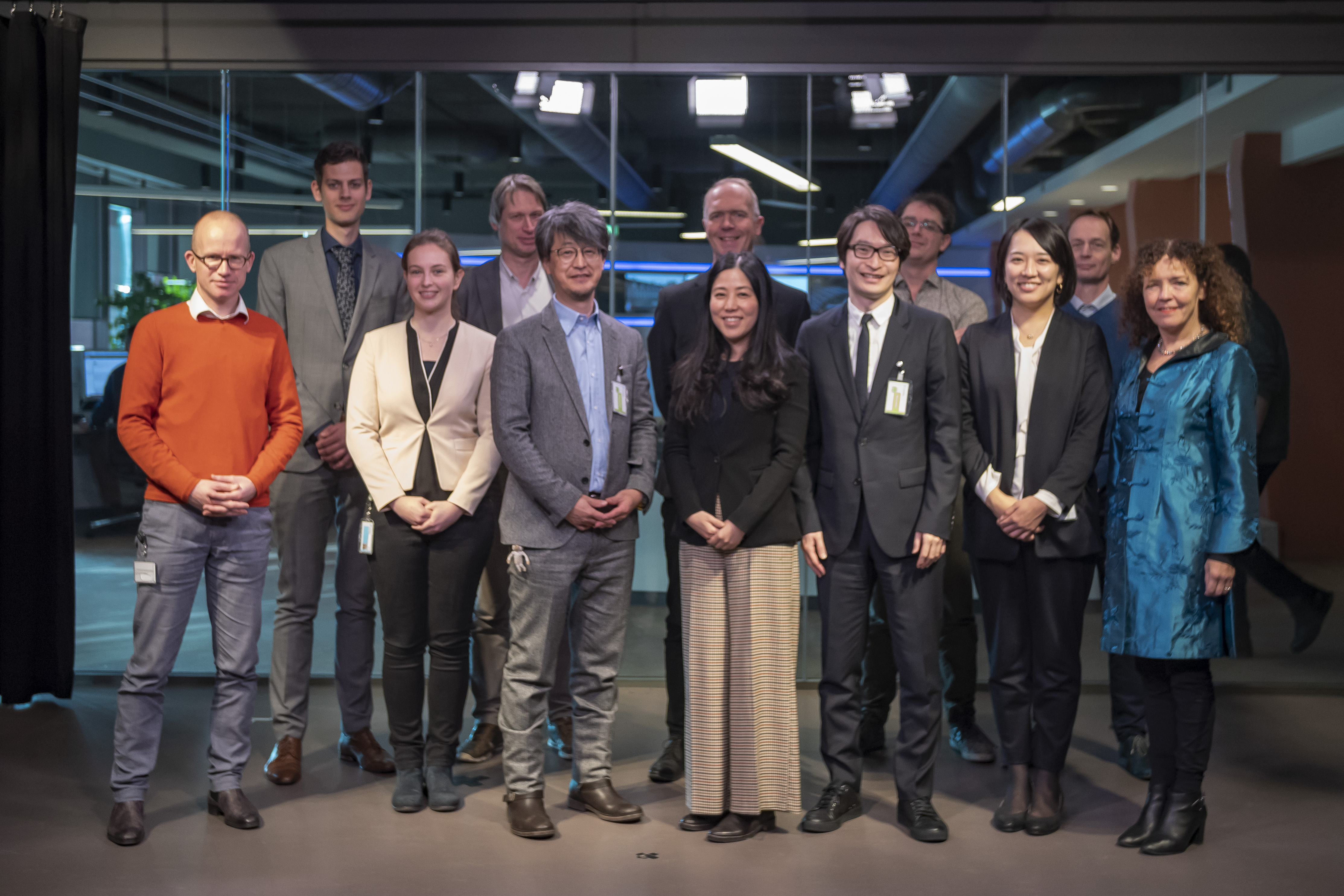 To maximise the potential of this relatively short visit, CBS had put together four themed sessions comprising brief presentations by both METI and CBS, followed by joint discussions.

Having up-to-date statistical information is of vital importance in both decision and policy making. The second session thus focused on innovations in the area of faster statistics. METI presented two now-casting projects, one based on Mobile Positioning Data and one on SNS Tweet Logs. CBS presented its research project entitled ‘Sensor Data Improves Flash Estimate for Inland Shipping’. Special attention was devoted to the combining of multiple time series in the now-casting of statistics.

Product and process innovation are high on CBS’ strategic agenda. Therefore, the third session focused on innovation in the broadest sense of the word. CBS introduced the Center for Big Data Statistics and the project ‘Towards Motives Behind Mobility’ in particular. Building on this, CBS presented its ambitions in the areas of communication and visualisation. CBS also showed a keen interest in data visualisation projects at METI. Likewise, METI obtained a very good impression during a tour of the CCN division.

CBS presents itself as a statistical office with a leading position in areas such as methodological (scientific) research, the topic of the fourth and final session. This includes research on purchases from foreign webshops. It is a partnership project with the University of Amsterdam (CeNDEF) and Leiden University (LCDS, LIACS) that serves as a fine example of CBS’ collaboration with different research institutes in the Netherlands. CBS presented the research theme ‘Complexity’, which centres on the interactions among various economic actors. The Japanese delegation talked about their scientific cooperation with the Tokyo Institute of Technology and other institutes. They also explained how METI would like to focus more on big-data research in the coming years and how collaboration with CBS could play a role in this respect.

Looking towards the future, METI and CBS both expressed their interest in further exploring the realm of Big Data and possibly working together in this field. METI is in the process of scheduling a Big Data Workshop in 2019/2020, and hopes for CBS to attend. Another possibility would be their participation in a hackathon, such as the one on sensor data which CBS is organising in January 2019. CBS will also be acting as host for the biennial ISI World Statistics Congress in 2021. METI was told about CBS’ English language research programme, which carries Big Data and Complexity as two major topics. Furthermore, CBS intends to closely follow progress in METI’s data visualisation projects.