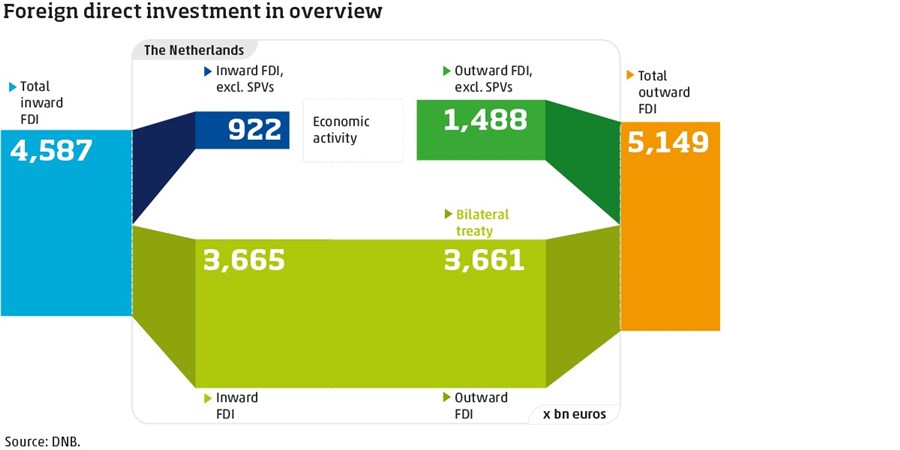 In 2015, special purpose vehicles in the Netherlands carried out around 24 thousand different investments abroad. More than half of these investments (52 percent) went to non-EU countries. In comparison with regular companies, these entities tend to invest more in Asia and Oceania, particularly India, Hong Kong, China, Australia and New Zeeland. Furthermore, relatively many investments are transferred to Latin America and the Caribbean, mainly to Mexico, Argentina and the Cayman islands.

The Netherlands is among the countries with the highest numbers of bilateral tax treaties worldwide. Other countries with relatively many treaties in force include the United States, the United Kingdom and France. Most of these treaties are the so-called double taxation agreements or DTAs, aimed at the avoidance of taxes on the same economic activities in multiple countries by multinational enterprises.
The Netherlands has tax treaties with each country in Europe. Tax treaties are in force with most countries around Asia, but less so in Africa. Furthermore, tax treaties have been concluded with the major economies of the world, including Australia, Argentina, Brazil, China, India, Indonesia and the United States. 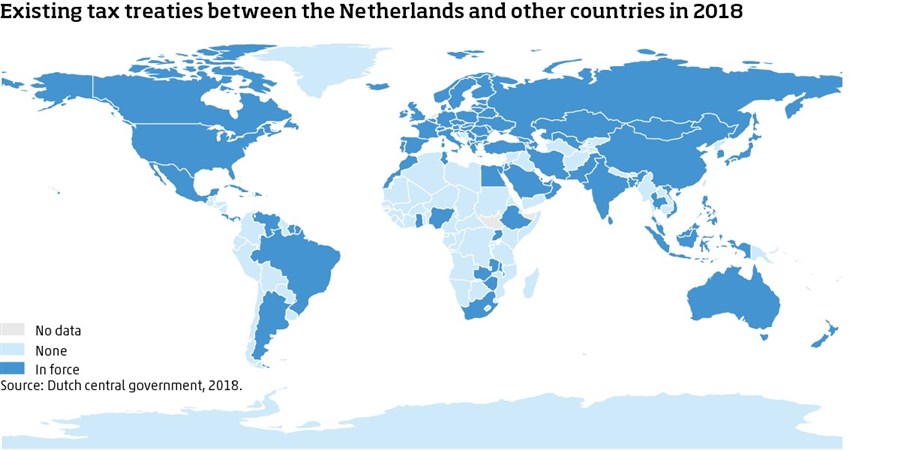 Multinationals can take advantage of the bilateral double taxation treaties between the Netherlands and other countries in order to keep their tax contributions at the lowest possible level. There is a significant connection between double taxation treaties and foreign direct investments, particularly those flowing through letterbox companies.
In countries which have a bilateral DTA with the Netherlands, the average level of investments in economic activity is over 52 percent higher than in countries without any treaty. Moreover, in the case of a DTA, investments flowing through special purpose vehicles are on average twice as high. The amount spent on investments through SPVs is nearly 7 percentage points higher than investments in countries without a DTA.

For more details on the role of international investment and trade agreements,
read the Internationalisation Monitor on financial globalisation.

Circularity of the Dutch economy has barely increased