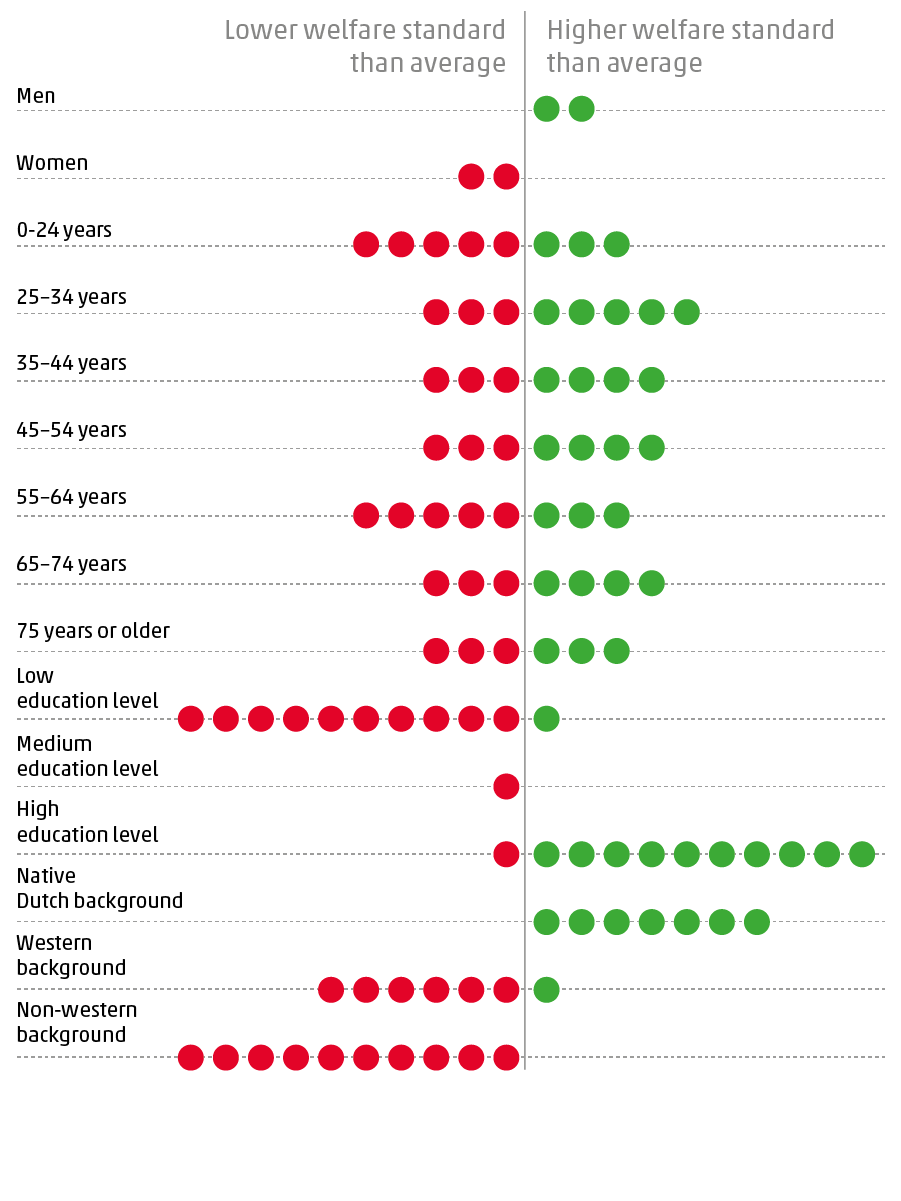 In most areas, people with higher levels of education enjoy a higher level of well-being than those with lower levels. This is the case for income, wealth, unemployment, health, self-perceived cost of housing, volunteer work, trust in other people, satisfaction with life and personal well-being. However, the higher educated are relatively more often victim of crime. Levels of well-being among people with intermediate levels of education are similar to the overall level of well-being of the population in most areas.

Fewer disparities by age and gender

For almost all indicators, disparities are seen among the different age groups, although no distinct pattern emerges. Young people tend to have a relatively low income and low level of wealth, for instance. In addition, young people are more likely to be victims of crime than older people. In terms of health, the opposite is true: the percentage of people with a positive perception of their own health decreases with age. Education levels are also higher among young people than among the older age groups.

Differences in well-being between men and women are small. Their respective positions hardly deviate from the average for ten out of the twelve indicators. However, men are less often affected by unemployment and have a more positive perception of their own health.

The fact that higher educated people have a relatively higher level of well-being in most areas is also evident from their personal well-being: over three-quarters are positive compared with half of lower educated people. The personal well-being index (PWI) is a holistic index summarising the individual perceptions of people with respect to several relevant areas of life, including financial situation, social life and health. In all areas except social life, the higher educated are more positive than those with low education levels.