With a score of +16, the consumer confidence indicator in March is significantly above its long-term average over the past two decades (-8). The indicator reached an all-time high in April 2000 (+27) and an all-time low in February 2013 (-44).

Mood about economic climate and willingness to buy improved

Consumer confidence in the economy has improved this month relative to February. The component indicator Economic climate has risen from +29 in February to +33 in March. Consumers are more positive about the economic situation in the past and next 12 months.

Consumers’ willingness to buy has improved somewhat in March. This component indicator of consumer confidence now stands at +6, versus +4 in February. Consumers think the time is more favourable to buy expensive, durable items but are somewhat more negative about their financial situation over the past 12 months. Their opinion about the financial situation in the coming 12 months did not change. 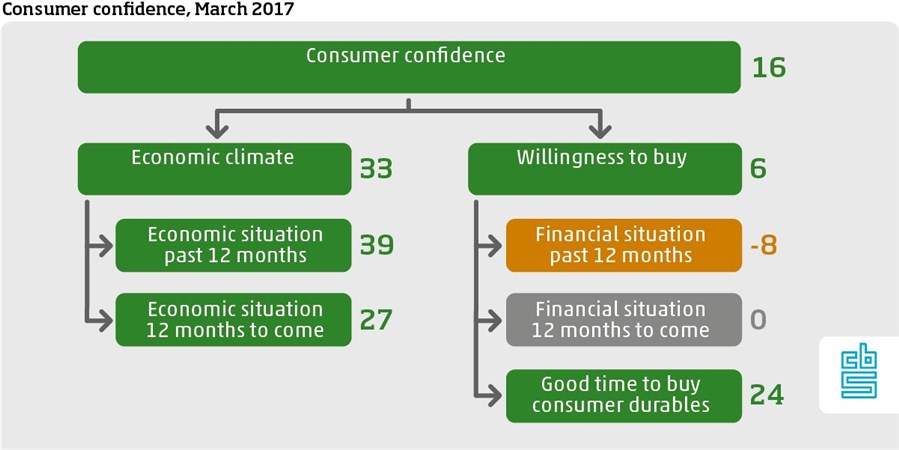 In April 2017 a revised set of data on consumer confidence, economic climate and willingness to buy will be made available. This revised set will be based on new methods of observation and will include data from April 1986 up to the present.

Investments 0.5 percent down in April