The decrease in unemployment is noticeable across all population groups: men and women, young and old. The number of people in work has gone up accordingly, by a monthly average of 13 thousand in the past three months. This increase in employment is also seen across the different groups of the labour force.

At the end of 2016, the number of current unemployment (WW) benefits recorded by UWV stood at 412 thousand. This represents a year-on-year decline of 34 thousand (-7.6 percent). When broken down by age group, the decline is strongest in the age category under-25s (-15.3 percent). The number of benefits declined only slightly among the over-55s (-2.6 percent).

In 2016, UWV provided 491 thousand new unemployment benefits, down by almost 93 thousand (-15.9 percent) from 2015. The number of new benefits was down across all sectors except in the retail chain sector (22.6 percent).

Unemployment higher among women over 25

Among the age category 15 to 74, over 4.3 million did not have paid employment. The group of unemployment includes 482 thousand registered unemployed and nearly 3.9 million who are either not looking or not available for work. Women form the majority in the latter group with 2.2 million. 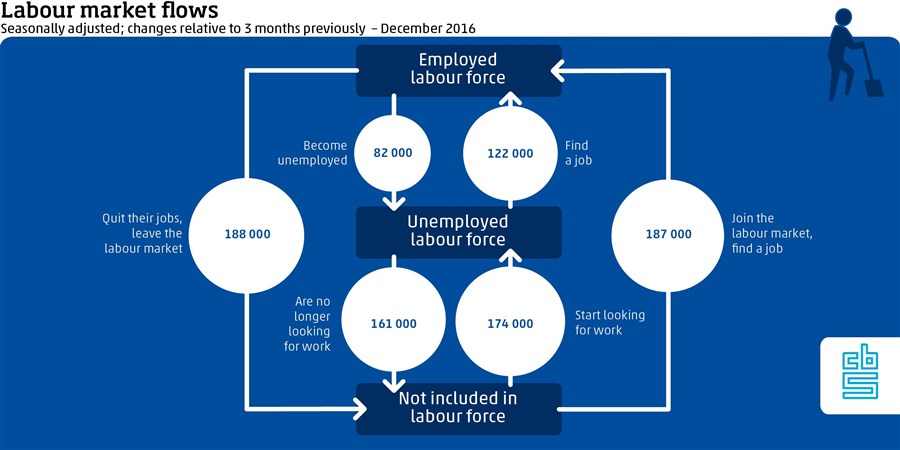