Consumers’ willingness to buy remains stable in December compared to the preceding month. This component indicator of consumer confidence currently stands at + 5, just as in November. Consumers are as positive about their personal financial situation as they were in November. They also think the time to buy expensive, durable items is as favourable as in November. 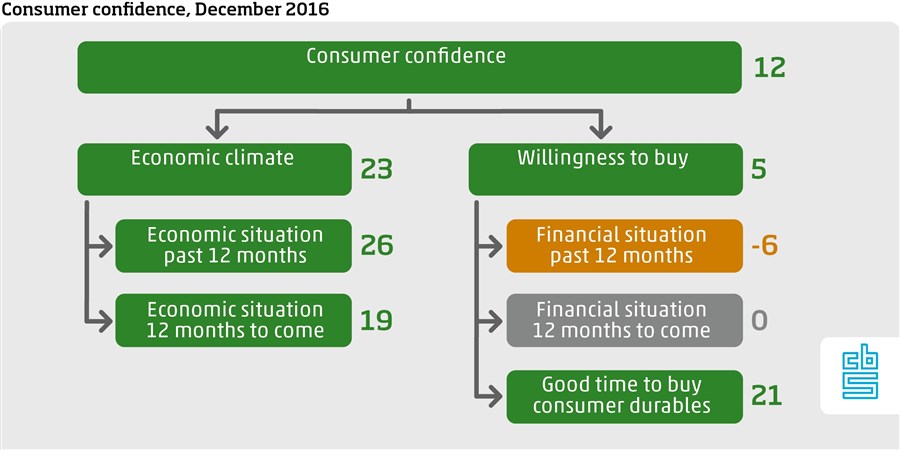