Consumers’ willingness to buy deteriorates in November, compared to the preceding month. This component indicator of consumer confidence currently stands at + 5, versus +7 in October. Consumers are in particular less positive about their future personal financial situation. In addition consumers think it is a slightly less favourable time to buy expensive, durable items.

Consumers’ expectations about future unemployment improved considerably and reached the highest point after January 2008. Nearly 39 percent of respondents expect unemployment to decline over the next 12 months, whereas over 25 percent anticipate an increase. The balance of positive and negative answers was +13. Statistics Netherlands also announced yesterday that unemployment declined further in October. Having a paid job is crucial for consumers’ willingness-to-buy. 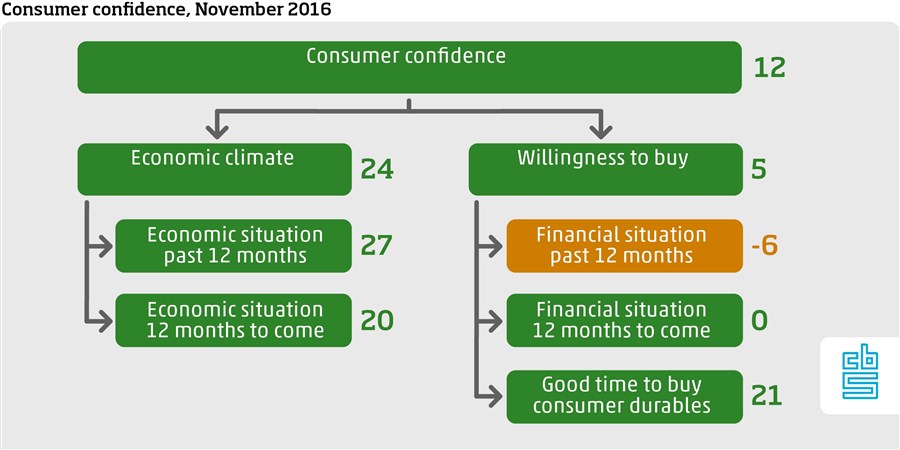 Excess mortality in three of the four weeks in September