With a score of + 5, the consumer confidence indicator is significantly above its long-term average over the past two decades (- 8). The indicator reached an all-time high in April 2000 (+ 27) and dipped to an all-time low in February 2013 (- 44).

Consumers’ willingness to buy improves marginally in June. This component indicator of consumer confidence now stands at 0, versus -1 in May. This is due to consumers being less negative about their personal financial situation. On the other hand, they think the time is less favourable to buy durable goods in June compared to May.

Consumers’ expectations about future unemployment improved considerably and in June they are positive for the first time after September 2015. Nearly 35 percent of respondents expect unemployment to decline over the next 12 months, whereas nearly 33 percent anticipate an increase. The balance of positive and negative answers was +2. Statistics Netherlands also announced last week that unemployment declined further in May. Having a paid job is crucial for consumers’ willingness-to-buy. 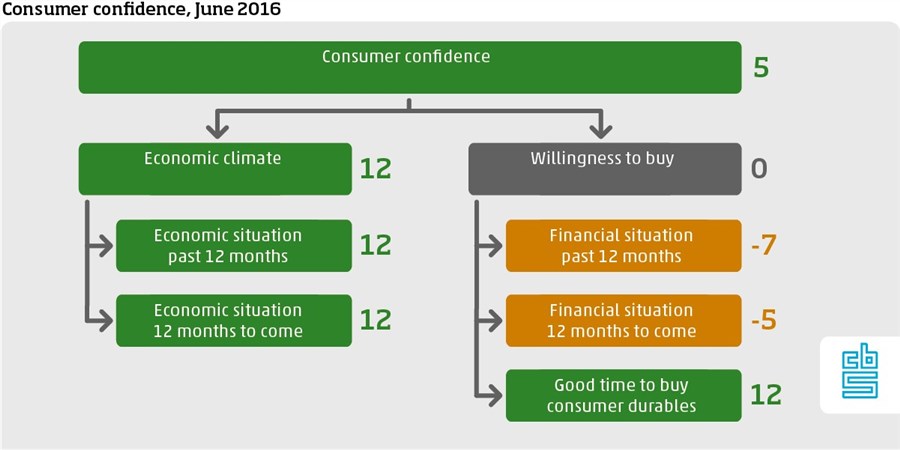