The average age at which people register partnership is similar to that for marriage. In 2015 men were on average 37.2 years when registering partnership and 37.5 years at marriage. The corresponding ages for women were 34.4 and 34.7 years respectively. A decade ago, men and women entering into a registered partnership were on average four years older than those who got married.

Most marriages in spring and on Fridays

Most couples get married in spring or in summer. Friday is the most popular day to get married. Mondays are also popular, because marrying on a Monday is usually cheaper. Most partnerships are formalised at the beginning of the week, the majority on Mondays. Unlike for marriages, there is no obvious preference for the summer period.
People with a foreign background (10 percent) less often opt for a registered partnership than native Dutch residents (20 percent). 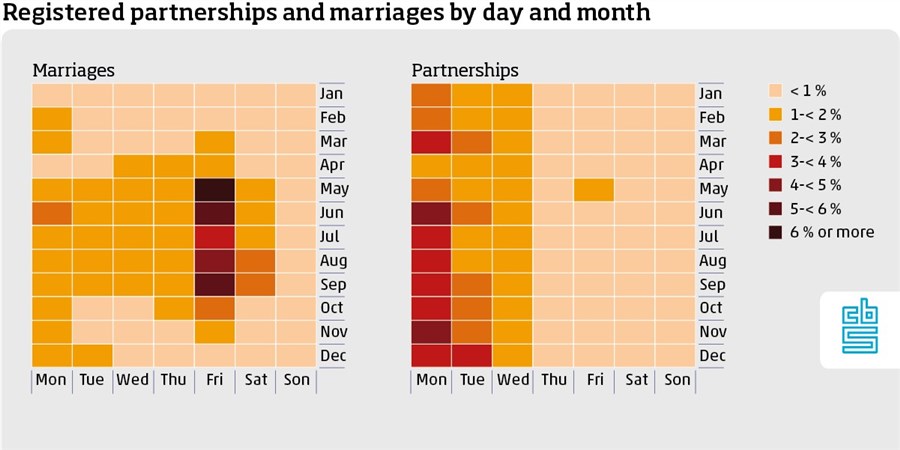 More partnerships in the north and east of the country

Partnerships are relatively frequent in the northern and eastern provinces of the Netherlands. In particular in less urbanised areas the percentage of partnerships is above the nationwide average of nearly 17 percent. In the four major Dutch cities partnerships are relatively rare. The percentage is also low in Urk (almost 0 percent), Staphorst (3.9 percent), Elburg (5.3 percent) and Zederik (5.6 percent). In large cities it varies around 10 percent. 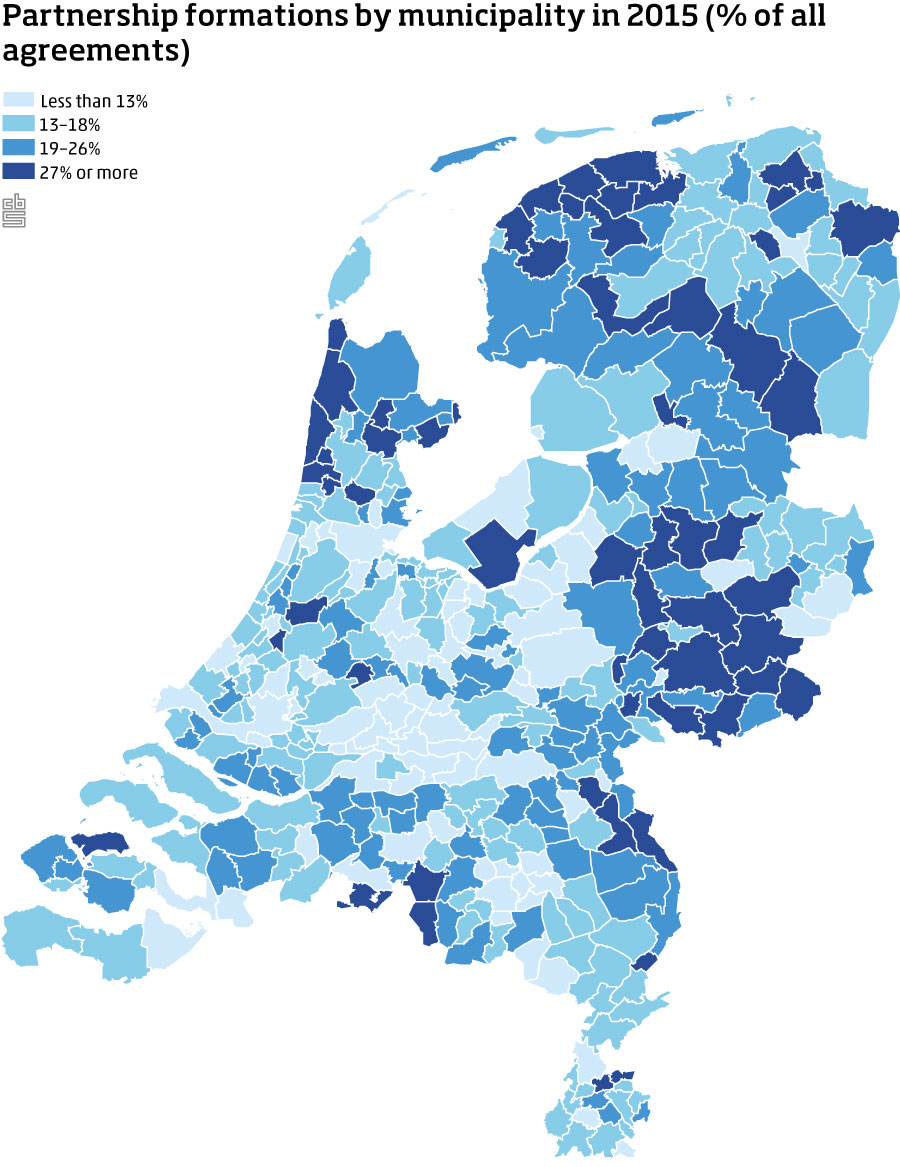