Consumers much more optimistic about the economic climate

In April, Dutch consumers are much more positive about the economy in general than in March. The component indicator economic climate has risen from - 7 in March to + 4 in April. Consumers are far more optimistic about the economic situation in the past and next 12 months.

Consumers’ willingness to buy is also improving slightly in April. This component indicator of consumer confidence now stands at - 1, versus - 2 in March. Dutch consumers think that April is a better month to buy expensive, durable items than March was. 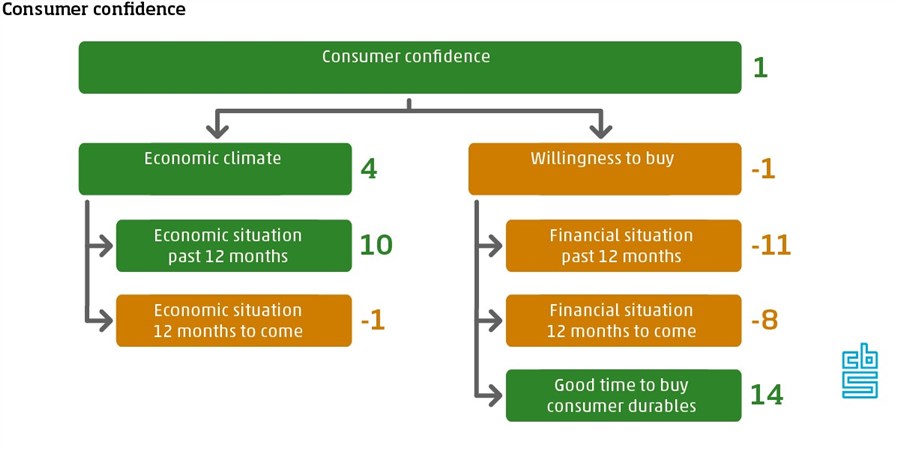