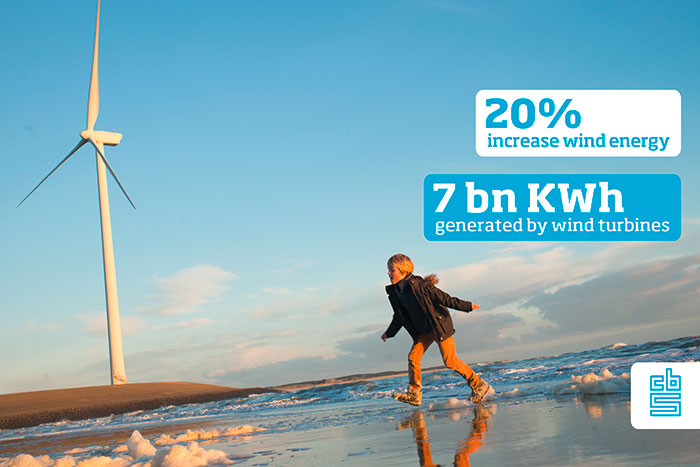 Altogether, wind turbines accounted for a total of nearly 7 billion KW of electricity in 2015, about 20 percent more than in 2014. Offshore wind parks are becoming increasingly important, although onshore production is also growing substantially. The increase is mainly due to enhanced capacity (+ 18 percent to 3,400 MW). Onshore capacity grew by 380 MW to 3,000 MW; offshore capacity by 130 MW to 360 MW.

The Netherlands: 0.2 kW per capita

If per capita capacity is taken into account, the list looks quite different. In that case, Denmark topped the list in 2015 with 0.9 KW per capita, followed by Sweden, Germany and Ireland with 0.5-0.6 KW per capita. The Netherlands occupies 11th place with 0.2 KW per capita.